Judgementall Hai Kya oscillates around Bobby Batliwala Garewal, a deadly concoction of half Parsi half Punjabi genes, who has as an eclectic sense of fashion and is a voiceover artist. 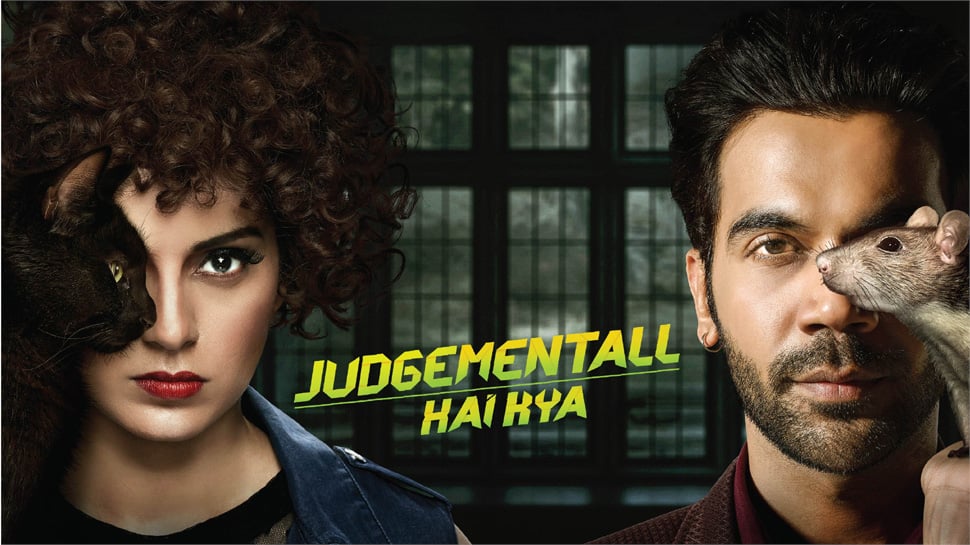 This Saturday get ready for oodles of fun and laughter with director Prakash Kovelamudi and producer Ekta Kapoor's 'Judgemental Hai Kya' that revolves around a cat and mouse chase between Bobby and Keshav who try to outdo each other with their quirks. Pushing the envelope with their spectacular performances are the two powerhouse of talent - Kangana Ranaut and Rajkummar Rao as the leads. Along with them, the movie also features an ensemble cast comprising of Jimmy Shergill, Amyra Dastur, Amrita Puri, Hussain Dalal and Satish Kaushik.

With two contrasting personalities warring each other, the viewers are posed with the question 'Kiska Game Padega Kispe Bhaari?' as &pictures airs the World Television Premiere of Judgementall Hai Kya on Saturday, 30th November at 9.30 pm.

Judgementall Hai Kya oscillates around Bobby Batliwala Garewal, a deadly concoction of half Parsi half Punjabi genes, who has as an eclectic sense of fashion and is a voiceover artist. Considered to be the black sheep of the Garewal family, Bobby Garewal is anything but the girl next door.

She has very few friends and her bouts of funny, odd behaviour often drives people away and sometimes even draws them close! Her life takes an unexpected turn when she comes across Keshav (Rajkummar Rao) and the incidents that follow they meet. While the mystery keeps unraveling, the film gears from India to London following a cat and mouse chase between Bobby and Keshav providing all the oddity possible.

Who among the two will overpower the other in this chase? To find out, Watch the World Television Premiere of Judgmentall Hai Kya on Saturday, 30th November at 9.30 pm only on &pictures.