Kickstarting the year with worldwide blockbuster starring Jackie Chan and Jaden Smith as master and student in the ultimate reboot of the original 1984 franchise ‘The Karate Kid’, Smashing worldwide records in an ultimate showdown that some consider to be Jackie Chan’s finest film. 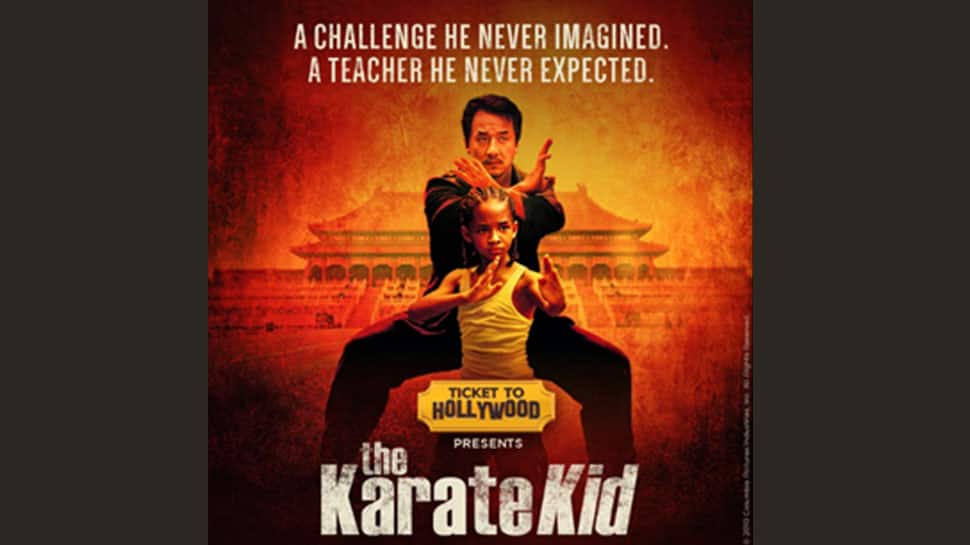 Mumbai: In one of the biggest festive offerings on television for 2020, ZEE’s newest pan-network property, ‘Ticket To Hollywood’ enthralled a whopping 29Mn viewers with the premiere of Vin Diesel’s ‘Bloodshot’ across 12 channels and in 10 languages.

This 2021, ZEE truly takes the Hollywood experience to the next level and how! Kickstarting the year with worldwide blockbuster starring Jackie Chan and Jaden Smith as master and student in the ultimate reboot of the original 1984 franchise ‘The Karate Kid’, Smashing worldwide records in an ultimate showdown that some consider to be Jackie Chan’s finest film.

This Sunday, February 21st 2021, fans across India are surely in for a treat as &flix SD and HD combined with &Pictures, Zee Thirai and Zee Cinemalu SD and HD, is set to air the blockbuster movie in four languages viz. English, Hindi, Tamil and Telugu. The movie can also be viewed in HD in any of these languages. With this, the property enables countless Hollywood fans to #LeapForth and bring on the mean karate moves.

The property sees Hollywood’s latest blockbusters airing across ZEE channels, dubbed in regional languages. With this, the property aims to cater to an evolving Hollywood fan base in India - the unsatiated viewers who crave a larger-than-life Hollywood experience in the language of their choice.

12-year-old Dre Parker (Jaden Smith) could have been the most popular kid in Detroit, but his mother’s (Taraji P. Henson) career takes them both to China.  Dre has a hard time making friends at first but he does make a connection with his classmate Mei Ying until cultural differences make such a friendship impossible. Even worse, Dre makes an enemy of the class bully, Cheng.

Dre knows only a little karate, and in the land of kung fu, Cheng puts “the karate kid” on the floor with ease.  Dre has no friends to turn to except the maintenance man, Mr Han (Jackie Chan) who is secretly a master of kung fu and begin to train together.  As Han teaches Dre that kung fu is not about punches and parries, but maturity and calm, Dre learns that facing down the bullies will be the fight of his life.

So, don’t miss your Ticket To Hollywood and witness a kung fu spectacle of the ages airing on 21st  February at 1 PM & 9 PM on &Flix and &Pictures, Zee Thirai and Zee Cinemalu respectively