Ekta Kapoor welcomed Hina Khan with a new post where she can be seen posing with other 'Naagins'. 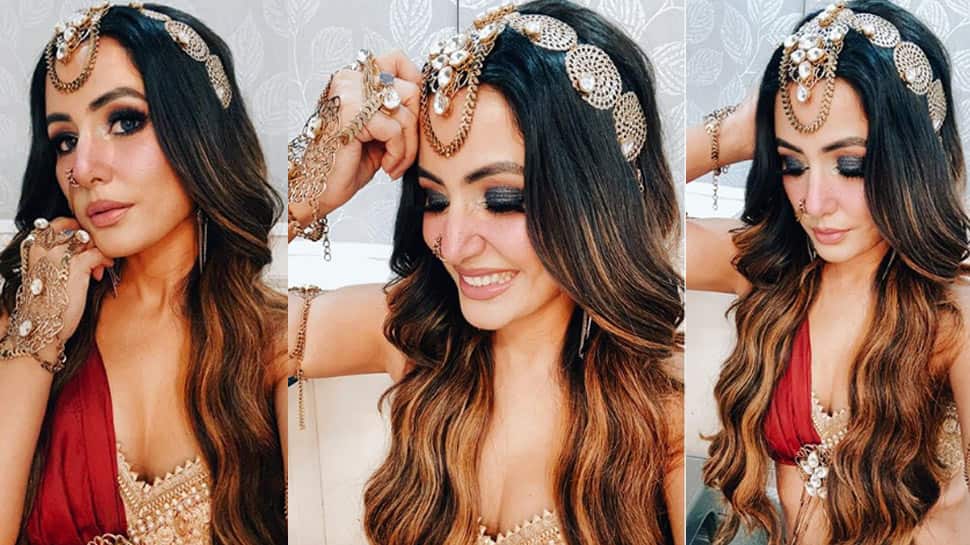 The statement jewellery, her nose accessory and heavily kohled eyes - all make for a stunning Naagin look. Check out here:

Ekta Kapoor welcomed Hina Khan with a new post where she can be seen posing with other 'Naagins'.

Earlier, speculation was rife that former 'Bigg Boss 12' winner and popular television actress Dipika Kakar might be seen playing one of the leads in 'Naagin 5'.

Speaking about the role, Hina Khan said, "Naagin is a hugely popular franchise and I am very happy to be associated with it and thrilled to play the leading role. While fantasy fiction is a new arena for me, it is equally fascinating. Be it the sets, overall look, and attire, storyline, or overall experience, it looks extremely promising. I would like to thank Ekta Kapoor for believing in me and I am certain I will be able to bring her vision to life."

In the previous season of 'Naagin' Nia Sharma, Jasmin Bhasin, Anita Hassanandani and Vijayendra Kumeria played key roles. Rashami Desai played a special role in season 4 but due to the deadly novel coronavirus outbreak, the shoot was halted and finally, the show came to an end amid lockdown.