Genelia D'Souza and Riteish Deshmukh, who appear as special guests on KBC 13, were seen moving to tears as a video of kids at a cancer treatment centre played on the show. 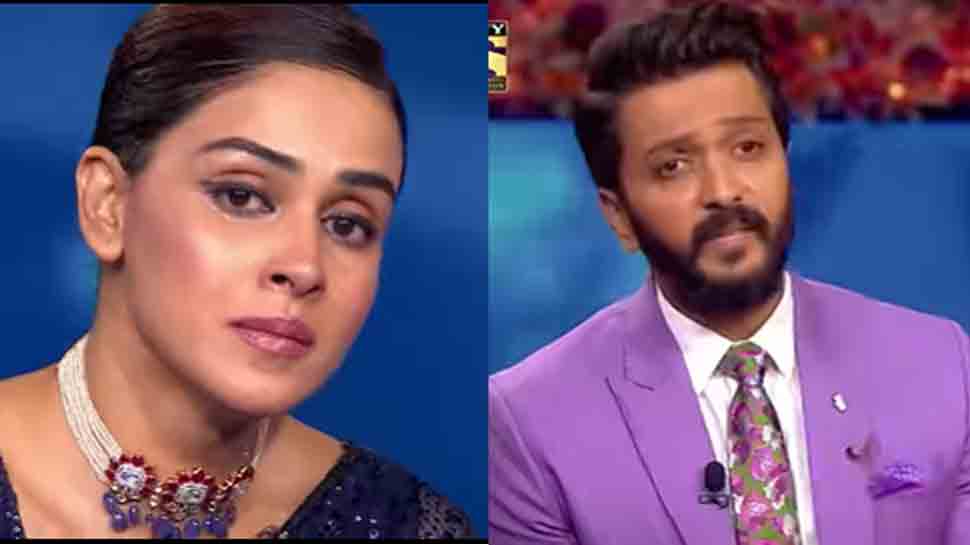 MUMBAI: Bollywood's most loved couple Riteish Deshmukh and Genelia D'Souza will be seen as special guests on 'Kaun Banega Crorepati 13's 'Shaandaar Shukravaar' this Friday. The duo will play to raise funds for cancer-stricken children.

The host, Amitabh Bachchan, will not only be seen playing the game along with Ritiesh and Genelia but also talk about personal anecdotes and more. The actors will go down the memory and share a few memories revealing about industry experiences and unveil secrets on the show, too.

At one point of time, both Genelia and Riteish were seen moving to tears as a video of kids at a cancer treatment centre played. "Bachche pe kya beeti hai yeh hum kabhi samajh bhi nahi payenge (We will never be able to understand what the kids have gone through)," Riteish said. Host Amitabh Bachchan lauded the couple’s efforts to make a difference.

Ritesh and Genelia met on the sets of 2003 released 'Tujhe Meri Kasam' and after dating each others for a few years, they tied the knot in 2012.