In tonight’s episode, Abhi says that Vikram has a ring for Pallavi which he wanted to know if the other girls liked. Pallavi is impressed by Vikram and asks for the ring. 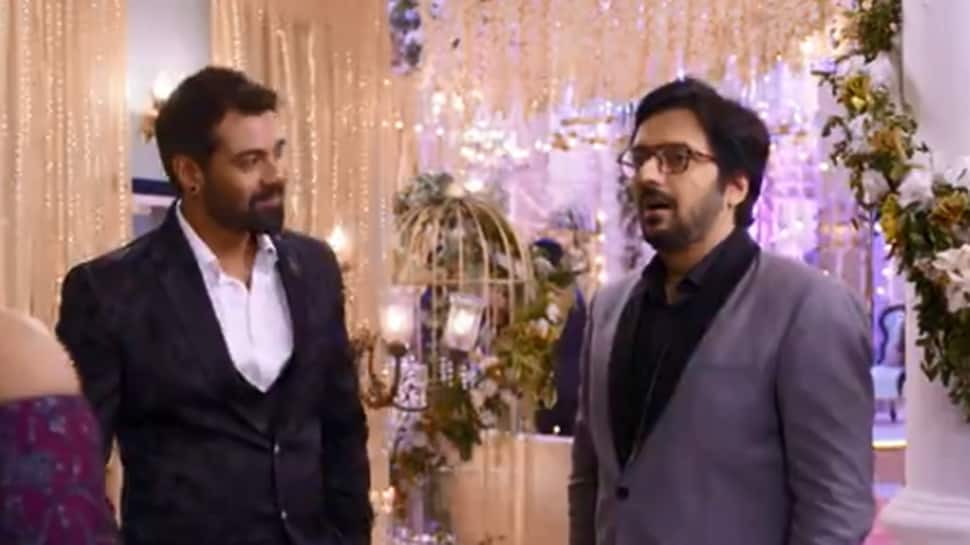 New Delhi: In the episode, when Pragya video calls Abhi, he doesn't answer. Disha meets Purab at the party and Aliya notices the two of them talking. Aliya then asks Disha to wish her on her wedding anniversary. The latter feels humiliated and wants to leave but is forced to stay at the party as the CM wants her to help. Rhea tries her best to make sure that Ranbir flirts with Prachi. However, Prachi ignores him and leaves. Vikram and Pallavi have an argument as the latter feels her husband is flirting with other women. Abhi intervenes to help them sort their differences.

In tonight’s episode, Abhi says that Vikram has a ring for Pallavi which he wanted to know if the other girls liked. Pallavi is impressed by Vikram and asks for the ring. Vikram says he left the ring in Abhi’s room. Pallavi goes back to the party expecting the gift. Abhi tells Vikram how he used to handle Pragya’s anger.

Disha gets a call from Hritik and asks him to enter the house. When Hritik enters her meets Purab and asks him if he has seen Disha anywhere. Before, Purab answers Hritik notices Disha and goes to meet her. Seeing Disha with Hritik makes Purab jealous. When Hritik meets the CM he tries to fix her ankle sprain but he makes it worse.

The CM asks Disha to go and call Abhi to take the award. Vikram goes to Abhi because no jeweler is giving him a dimaond ring in one night. Abhi suggests that Vikram should take one of Pallavi’s existing rings and give it to her as a new ring. Vikram asks for Abhi’s help in stealing the ring.

Prachi meets Ranbir at the party again and they get into an argument. Ranbir remembers that he has to impress Prachi and tries to be nicer to her. However, Prachi refuses to accept his apology and leaves. Prachi meets Shahana and finds her blushing over another guy. Shahana goes away when Prachi asks her the boy’s name.

Abhi and Vikram are trying to take one of Pallavi’s rings. However, before Vikram can pick a ring, he hears Pallavi walking into the room. Pallavi sees her cupboard open and jewelry missing. She sees another cupboard move and knows the robber is hiding there. Will she find Abhi and Vikram hiding in the cupboard? Stay tuned to find out.