Tonight on Kumkum Bhagya, Pragya is upset for lashing out at Vikram, mistaking him to be Mr Mehra. 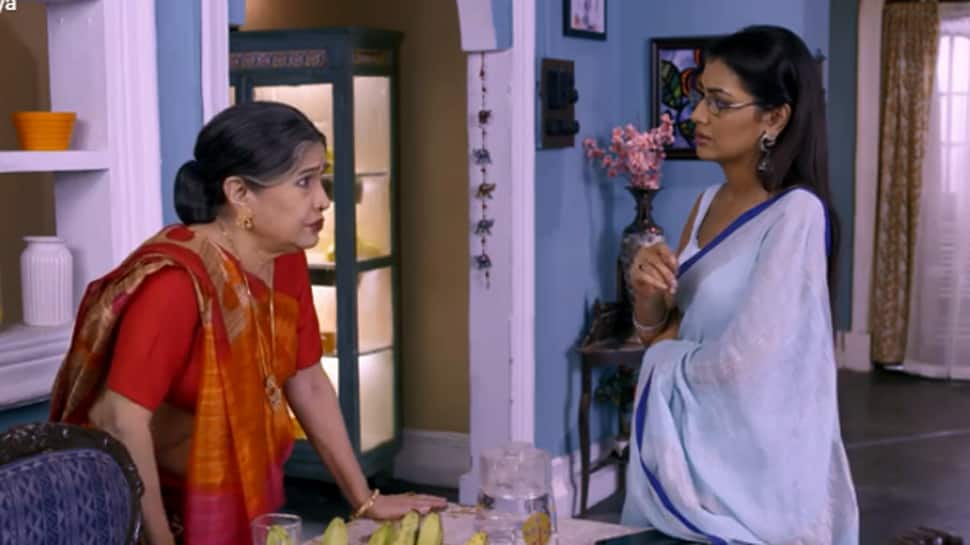 New Delhi: In the episode, Vikram and Pallavi go for shopping and resolve their fight. Co-incidentally, Pragya also takes Sarita out for shopping and they end up at the same store. Pragya overhears Vikram's phone conversation with Abhi as he tells him that he wants to divorce Pallavi in jest. She informs this to Sarita, who then corrects her by revealing that it was Vikram Kohli and not Mr Mehra.

Tonight on Kumkum Bhagya, Pragya is upset for lashing out at Vikram, mistaking him to be Mr Mehra. She decides to call him and apologize but Sarita tells her to do it in person. Meanwhile, Prachi and Rhea have a fight over Shahana, in college. Prachi thinks Rhea purposely splashed muddy water on Shahan, and ask her to refrain from bullying her sister. Rhea denies doing anything of that manner and goes on to tell Prachi that they can never be equals. The Principal summons Rhea and Prachi to his office for their corridor fight. They are both asked to get their parents to college.

On her way to Vikram’s office, Pragya tries to help an elderly woman cross the road. Two goons, who are in a hurry, ask Pragya to move faster and keep honking. Pragya pulls out the car keys and in return one of the goons points a gun at her. Just then the cops arrive and Pragya safely proceeds. Upon reaching Vikram’s office, the receptionist sends Pragya to a conference room where Abhi is having a meeting. They again miss seeing each other. But Abhi senses Pragya’s presence and even comes out of the room to check, but doesn’t find her.

Pragya finally meets Vikram and apologizes for scolding him. Vikram accepts her apology but also adds that he was expecting this reaction from Abhi over the divorce joke. He further states that she should scold Abhi when she meets him. Vikram asks Pragya if she wants to see who Rhea’s real father is and shows him a recent picture on his phone. A shocked Pragya stares at the screen.

Will Pragya find out Rhea is her daughter? Will Abhi and Pragya bump into each other finally? Stay tuned to Kumkum Bhagya to find out.