Kumkum Bhagya August 6, 2019 episode recap: What plan does Rhea have in mind this time?

In tonight’s episode, Pragya tries to talk to Abhi but the other girls get in the way. 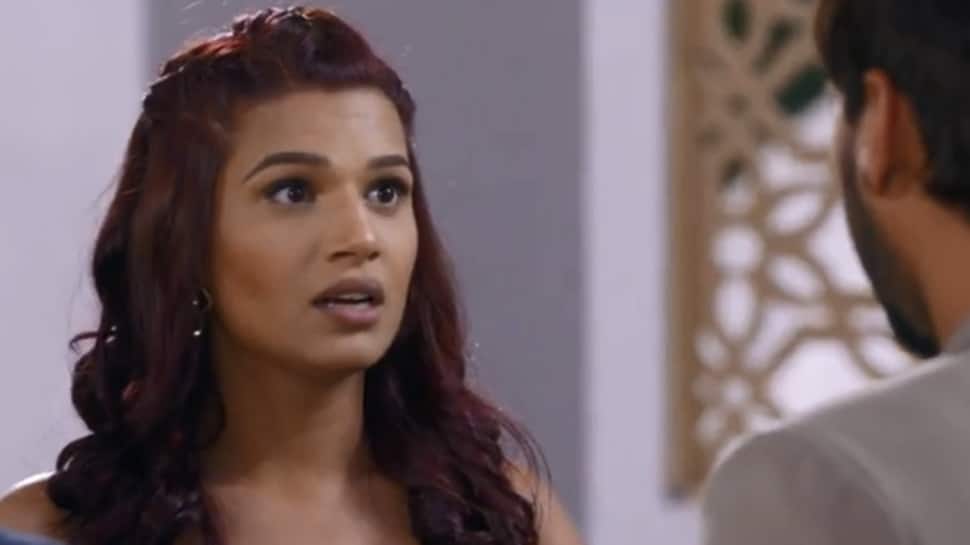 New Delhi: In the episode, while Pragya is busy looking for Abhi, accidentally a waiter ruins her dress. Abhi meets a few fans and Pragya overhears fans talking about him. She becomes hopeful to see him there. When Ranbir offers a lift to Prachi, she declines and a fight takes place between the two. But Ranbir promises to drive slowly. When Pragya gets back to her table at the hotel, she finds Abhi singing a song for his fan.

In tonight’s episode, Pragya tries to talk to Abhi but the other girls get in the way. Abhi begins talking about the love song he is going to sing. He says that he wrote this for someone he loved and continues to love. Pragya waits to hear him sing. Abhi thinks about Pragya before singing the song.

Prachi and Ranbir are sitting in the car and get into an argument. Prachi and Ranbir both admit that it was a mistake getting to the same car. Rhea calls up Ranbir asking him if he is any further in making Prachi fall in love with him. Ranbir realises he needs to be nice to Prachi and slows down the car.

When Abhi is singing his song, Sarita tells Pragya to speak to Mr Mehra about the food. Vikram shows up to speak to Pragya who assumes he is Mr Mehra. She asks him details for tomorrows catering contract. Later when Abhi is done singing, Pragya goes up and holds his hand while his eyes are shut.

Before Abhi can open his eyes Pragya is pushed away by the crowd. Abhi looks for Pragya but gets a text message saying Rhea is injured. Prachi and Ranbir reach home but she leaves her files in the car. Ranbir gets out of the car and calls Prachi. While taking the files she slips and falls into Ranbir arms and they both share a moment.

Abhi reaches home and finds out that Rhea was lying. She wasn’t injured but instead planning for Aliya’s anniversary party. Rhea asks Abhi to invite Prachi and her family for the party too. Abhi is happy with Rhea’s decision. What plan does Rhea have in mind this time? Stay tuned to find out.