In tonight’s episode, Rhea reaches Prachi’s house and pushes aside the injured maid, Madhu who tries to stop her. 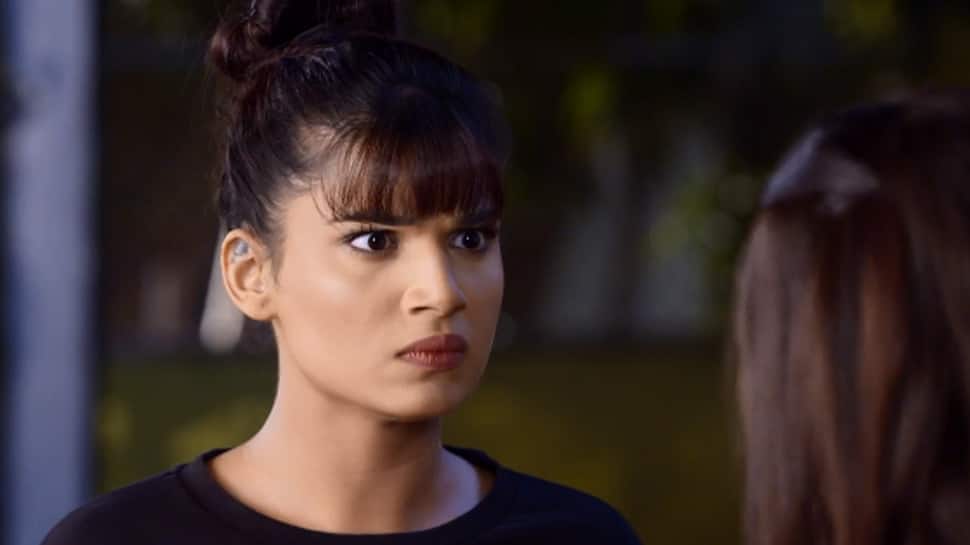 New Delhi: In the episode, police arrests Aliya despite Rhea trying her best to evade it. That very moment, Rhea pledges to take revenge from Prachi for getting Aliya arrested. When Prachi returns home she is shocked to find that Madhu was attacked by someone and notices that Sarita Ji is not well. On this matter, Rhea is shocked to see everyone supporting Prachi instead of Aliya and are worried about Disha. She rushes to her house and confronts Prachi.

In tonight’s episode, Rhea reaches Prachi’s house and pushes aside the injured maid, Madhu who tries to stop her. She speaks rudely to Sarita and demands to see Prachi. When Prachi sees Rhea in her house behaving rudely with everyone, she drags her out. Rhea goes out but demands that Prachi take back her false case against Aliya.

Prachi says that she saw everything with her own eyes and believes that Aliya is guilty. Prachi even threatens to slap Rhea if she doesn’t stop crying for a criminal. Rhea gets upset and drives away. Prachi goes home but doesn’t tell anyone what happened with Rhea. Sanju and his friend are still in Delhi because Sanju thinks he can still woo Prachi.

He is eating at a restaurant where the waiter who he used against Prachi also works. The waiter sees that Sanju and his friend are paying a lot for food and assumes they must be rich. He tricks his friend into giving Sanju’s phone number and then blackmails Sanju. The waiter says he has a photo of himself with Rhea and Sanju which he can send to Prachi. Sanju panics and decides to give in to the waiter’s demands.

Rhea calls up Abhi informing him about Prachi. She says that Prachi put a fake case on Aliya saying she purposely ran over Disha with her car. Abhi is shocked to hear that Disha had an accident and that Aliya is in jail. Rhea says that this will damage not just Aliya’s reputation but the family’s reputation too. She asks Abhi to make Prachi take back the case no matter what.

Rhea then goes to jail to be with Aliya and asks the police to release her. She claims that the police have taken money to frame Aliya. However, the police threaten to put a case on Rhea too. Aliya panics and asks Rhea to stop because she knows that she is actually guilty. Will Rhea be able to get Aliya out of jail? Stay tuned to find out.