Kumkum Bhagya July 11, 2019 episode recap: How will Prachi deal with Rhea and Ranbir?

In tonight’s episode, Rhea’s friends tell her that they have already contacted a drug dealer. He has planted drugs in Prachi’s bag. 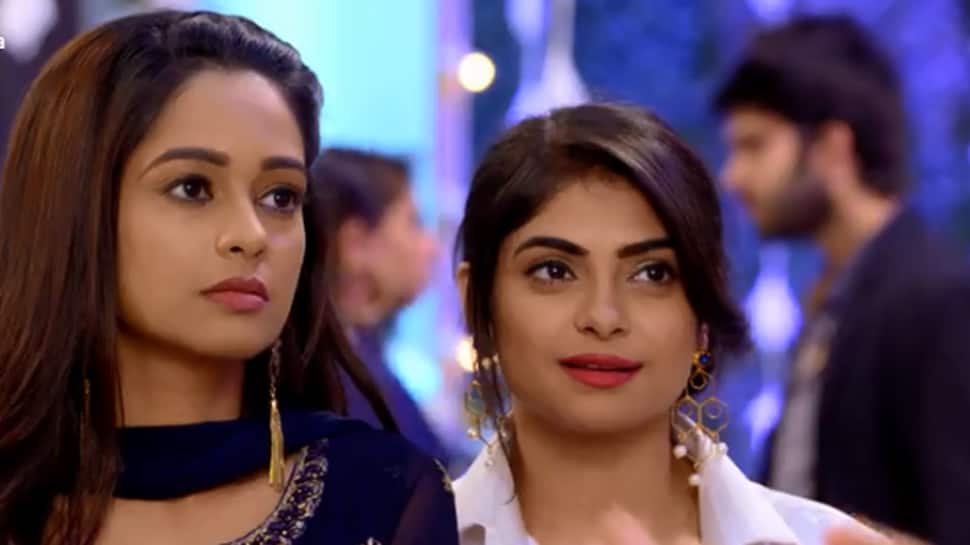 New Delhi: Ranbir confesses his feelings before Rhea and tells her that he loves her and not Prachi. Rhea tells him that if he really wants to date her, he will have to prove it. She tells him to fake his love to Prachi and when she falls for him, then break her heart. At first, he seems unsure about the condition but then Rhea promises to kiss him and accept his proposal if he succeeds.

Then Abhi tells Mira that he met Pragya and she saved him.

In tonight’s episode, Rhea’s friends tell her that they have already contacted a drug dealer. He has planted drugs in Prachi’s bag. Rhea was against the idea at first but seeing Ranbir getting close to Prachi makes her angry. She allows her friends to go ahead with the plan to plant drugs on Prachi.

She also tells her friends how she is using Ranbir. She tells them that Prachi will be made to fall in love with Ranbir and then have her heart broken. Ranbir is already praising Prachi’s khichdi to make him seem like a good guy in Prachi’s eyes. However, Aryan sees Ranbir and wonders why he is pretending to like Prachi’s cooking.

Abhi gets a call from Sarita and he goes to a quieter place to speak to her. Sarita tells Abhi that he should speak to Prachi’s mom. She tells Abhi that Prachi’s mother is missing her husband but can’t meet him today. Abhi says that he is also missing his wife. He decides to meet Prachi’s mom at her house but won’t talk about marrying her.

Rhea decides to put her plan into action. She asks her friends to steal a phone from one of the waiters to call up the police. Ranbir asks his parents to make Prachi his assistant when he takes up the job. Prachi gets angry when she finds out that she will be working for Ranbir. How will she deal with Rhea and Ranbir? Stay tuned to find out.

Flashback Friday: Cartoons that every 90's kid will remember!