In tonight’s episode, Vikram and Ranbir manage to convince the police inspector to release Abhi. However, Abhi refuses to leave till Prachi is released too. 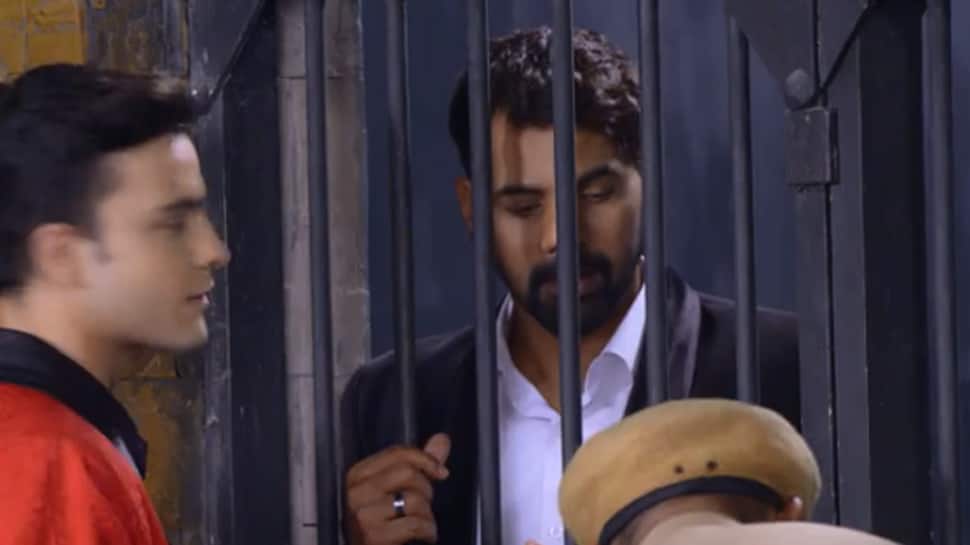 New Delhi: In the episode, Abhi gets arrested and Pragya, on the other hand, heads to Mehra mansion to meet Rhea. Then she gets to know of Prachi's arrest and rushes to save her daughter. Ranbir and Vikram reach the police station to release Prachi and Abhi from jail. Later, Purab finds out that Aliya took sleeping pills.

He takes her and heads to the hospital but due to rash driving, he meets with an accident and bumps into Disha's car.

In tonight’s episode, Vikram and Ranbir manage to convince the police inspector to release Abhi. However, Abhi refuses to leave till Prachi is released too. Vikram tells Abhi that to release Prachi they will need the help of a lawyer. Abhi promises to leave and return with a lawyer for Prachi.

When Abhi leaves the police station, Pragya walks in too. She finds out that the inspector arrested Prachi without looking at the CCTV footage. Meanwhile, the drug dealer is still at the Mehra Mansion. He wipes out the footage of his crime from the cameras and leaves.

Purab is crying in the hospital hoping for Disha’s good health. The nurse shows up and tells Purab that Aliya has woken up. Purab goes to meet her when the nurse tells Aliya that Purab was crying for her. When they are alone, Aliya asks Purab to never leave her alone.

Abhi goes to the lawyer's house since the lawyer was avoiding his calls. The lawyer tells Abhi that it is an open and shut case where Prachi has no chance of going free. The lawyer also sugges that Abhi should distance himself from the case, but Abhi decides to support Prachi. Will he succeed in saving Prachi? Stay tuned to find out.