In tonight's episode, Pragya is blackmailed and asked to kill the CM. 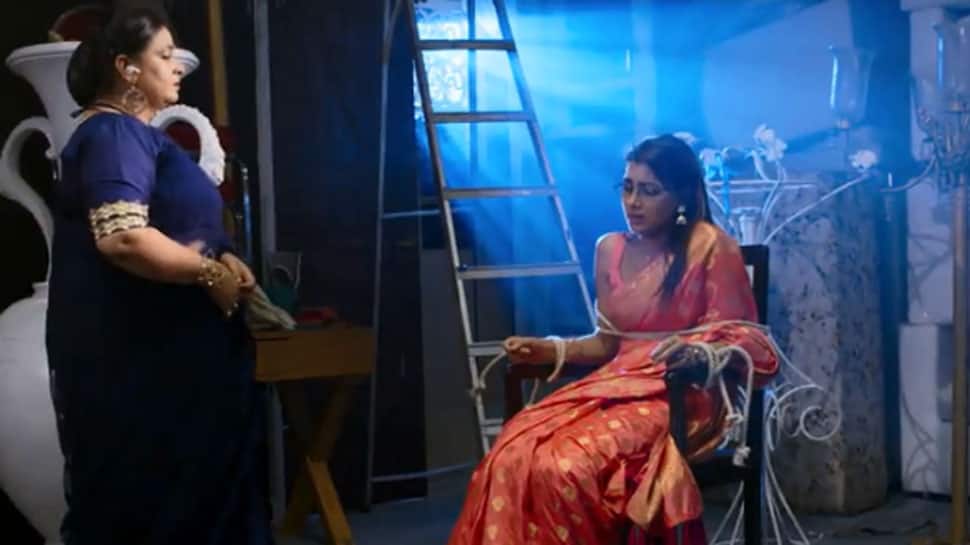 New Delhi: In the last night's episode, we saw that CM's brother has a change of heart at the very last minute and he decides to not kill his sister. Pragya lauds his move but Rohit’s people convince him to kill the CM. Then Pragya, who is surrounded by commandos is told to shoot the CM. But, somehow Abhi stands in between and Pragya can't shoot.

Just then, Rhea turns off the light to target Prachi and show her mismanagement at the event. This darkness gives a chance to Pragya to escape and she makes the most of it.

In tonight’s episode, the CM’s brother sees Abhi looking at one of his men aiming to shoot the CM. He asks his men to not shoot the CM since Abhi is looking. Abhi’s family sees Prachi and ask her what went wrong with the light. Prachi settles them down and tells them not to worry.

Abhi tells the CM that he thinks someone wanted to attack her. The CM’s brother tells them that this is some mischief done by the opposition to stop the CM. The CM hears this and decides to continue with the event and give her speech. Meanwhile, Pragya is kidnapped by Rohit’s men who tie her to a chair.

Abhi puts the CM in a room with CCTV’s to ensure her safety. The CM’s brother tells Pragya that, now with the CCTV’s, Pragya is the only one who can kill the CM without any political risk. The CM’s brother asks his men to use Rabir to find out where Prachi is. Ranbir points out Prachi to one of Rohit’s men. Prachi is taken to meet Pragya.

The CM tells her brother that she wants to meet her assistant Bharti. The CM’s brother makes up excuses for her. When the CM calls up Bharti, in front of Abhi, they find the phone hidden in the room. The CM’s brother worries they will find Bharti’s dead body too. He makes up an excuse to send Abhi and the CM out of the room.

Disha meets Daadi and hugs her in tears, before leaving to do work. Prachi is taken to the room where Pragya is tied up. The men force Pragya to kill the CM if they want to save her daughter. Will Pragya kill the CM to save Prachi? Stay tuned to find out.