'Kumkum Bhagya': Prachi gets a lift from Purab. She calls Disha to sit in the car with her. Disha and Purab come face to face. 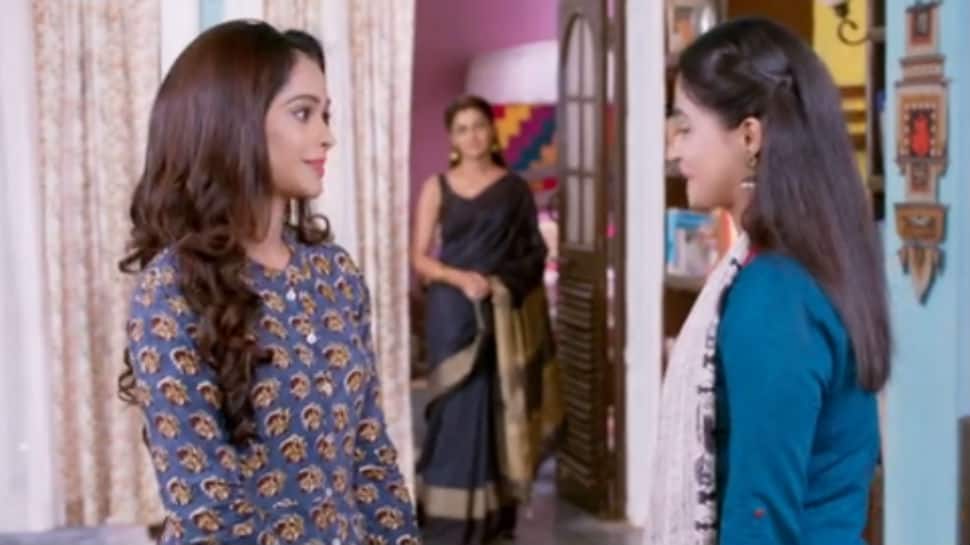 In the earlier episode of 'Kumkum Bhagya', Pragya confides in Disha about losing Prachi and tells that she doesn’t want Abhi to know about her. Meanwhile, Abhi tries to find Disha and learns that she is at Prachi’s house. He arrives there and asks Disha about Pragya's whereabouts. However, Disha doesn't tell anything to Abhi. He, however, tells Disha he wants to apologise to Pragya but still blames her for Kiara’s death.

In Friday’s episode, Disha leaves Pragya’s house and sees Prachi on the way out. Disha promises to stay in touch before leaving. Prachi asks Pragya if Disha has met her father. Pragya lies to Prachi saying that Disha has never seen Prachi’s father.

While Mira is hurt by Aliya’s taunts, she decides to make sure that no one removes her from Rhea’s life. Prachi remembers Kiara and wishes she was her then no one would be apart. Abhi too wonders if he is still in love with Pragya or her hates her.

Abhi goes to Disha’s office and waits for her till she reaches the office. Seeing him Abhi explains that he didn’t support Aliya’s marriage to Purab but he was not able to stop it too. Disha hugs him and cries. Prachi helps Ranbir’s parents discussing the party preparations. She says he knows the place where to get the best event decorations.

Pallavi, Ranbir’s mom, calls Prachi home to plan the party. On the way out Disha meets Prachi and offers her a lift. During the car ride, Prachi finds out that Disha met Pragya after the wedding. On the way the car breaks down and Prachi gets a lift from Purab. She calls Disha to sit in the car with her. Disha and Purab come face to face.

Stay tuned to find out if Disha goes on the car ride with Purab. Watch the latest episode of Kumkum Bhagya, now streaming on ZEE5.