In tonight’s episode, Rhea tells Priyanka that Sanju is ready to follow their plan. 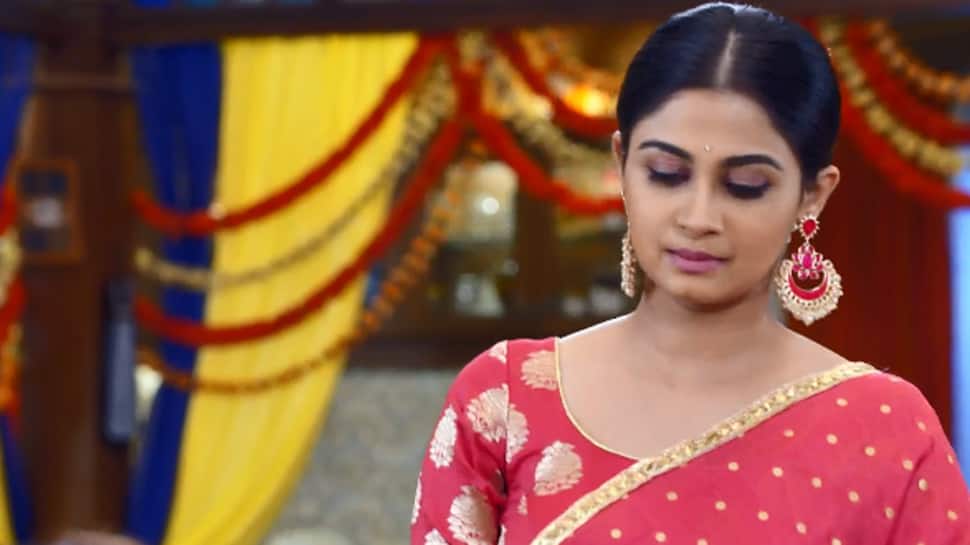 New Delhi: In the episode, Vikram seeks Mitali's help to ensure that his wife fights with his mother. Prachi and Ranbir get into an argument after the latter tries to stop her from talking to Sanju. Pragya and Abhi share a romantic moment together when the fuse goes off. Rhea tells Ranbir to go off their plan if Prachi prefers Sanju, however, she later plans to make Prachi drowsy using a powder.

In tonight’s episode, Rhea tells Priyanka that Sanju is ready to follow their plan. Priyanka asks Rhea where Abhi is because they have to show him that Prachi is characterless too. Rhea calls up Abhi and asks him to come home. Abhi asks Rhea to meet him instead. Rhea agrees to go where Abhi is if he comes to pick her up.

Abhi rushes out of Pragya’s house saying he will bring her something that will make her even happier. Pragya tries saying she has to go to the Mehra mansion. Prachi decides to go to the Mehra Mansion and make Abhi wait if he comes back earlier. Disha is alone at home during Diwali when Purab knocks on her door.

Disha is happy seeing Purab there and goes to bring him, sweets. Purab sees a call from Veronica, Hritik’s girlfriend. Purab answers the call and hears Veronica thanking Disha for convincing her to marry Hritik. Purab gets close to Disha and asks her why she lied about Hritik.

Just then Purab gets a call from Aliya. He tells her that he just came out for some fresh air and will be returning in a while. Aliya realises that Purab is going to meet Disha and goes out to check. Vikram feels he created a fight between his wife and his mother but instead they were tricking him to win a bet with Ranbir.

Shahana and Sarita are talking outside the Mehra Mansion waiting for Rishi. Priyanka overhears Shahana praising Rishi and gets annoyed. Aliya argues with Shahana before going in her car to see if Purab is with Disha. Will she see Purab and Disha together? Stay tuned to find out.