In tonight’s episode, Ranbir sits in Prachi’s house but they both end up fighting again. 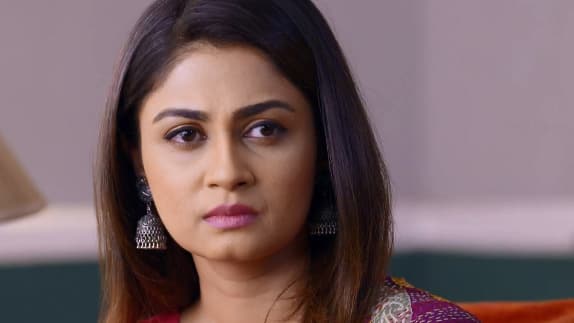 New Delhi: In the episode, Pragya leaves the police station with Rishi and Abhi with Priyanka. Prachi and Shahana smell something fishy after noticing wounds on Rishi's face. Pragya heads to meet Disha along with the lawyer and talk about the case. In between, she reveals that Hritik has feelings for Disha. Abhi, meanwhile tells Purab that he met Pragya but ended up fighting with her over Rishi and Priyanka.

In tonight’s episode, Ranbir sits in Prachi’s house but they both end up fighting again. Shahana asks them to stop fighting. She asks Madhu to make something cool for them to drink. Purab gives Abhi coffee and tells him that he has made a decision too. Purab says he knows Disha is lying about being in love with Hritik.

Purab also says that he cannot live without Disha. He tells Abhi that everything is messed up but he will tell Aliya and Disha his true feelings. Disha also realises that Hritik is in love with her. She tells Pragya that she will tell Hritik that she doesn’t feel any love for him. Pragya asks him to think about Hritik as a life partner once.

Rishi meets Priyanka and tells her to stop this madness. She was ruining his life first now she is ruining his family’s life too. Priyanka decides to tell the truth and stop this whole drama. However, she says that he needs to slap Shahana first. Rishi refuses to do so and accuses Priyanka of being crazy before leaving her for good.

Purab buys flowers and heads to Disha’s house. Hritik goes to Disha’s house after she called him urgently. She asks Hritik if he loves her. Hritik says he does love her and always had loved her. Disha slaps him and says she will leave the business the next day itself because she still loves Purab, Will Purab and Disha re-unite? Stay tuned to find out.