In tonight’s episode, Sarla gets a call asking for the Kumkum Bhagya fall for the next day. 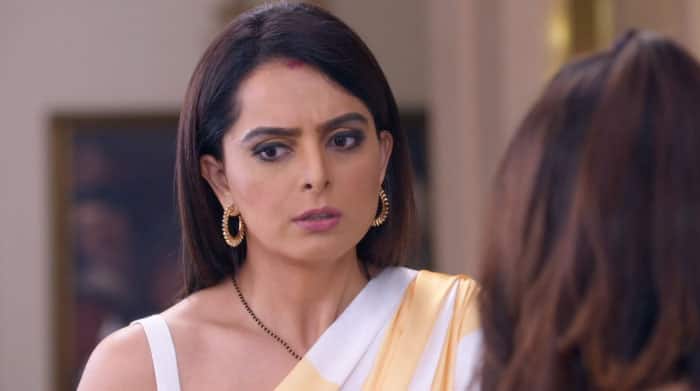 New Delhi: In the episode, Karan feels bad and angry at the same time as Preeta and her mother Sarla slam him at the mall. He plans to organise his Mehendi function at Sarla's Kumkum Bhagya marriage hall, as that way they won't be able to avoid him. Kareena Bua gives her nod and decides to speak to others about it. Karan then plans everything very smartly in such a way so that Sarla doesn't come to know till the very last minute about the booking details.

She sends him the man her bank details and he deposits the money immediately. Sarla is surprised that the man knows the rates she charges for her hall, but she doesn’t question him. Karan and Kareena are happy that the Kumkum Bhagya hall is booked and now Sarla cannot back out from the contract. Mahira is talking to her friend and Sherlyn overhears her saying the Mehndi Ceremony will be at Preeta’s hall.

She warns Mahira saying Preeta will ruin her life. Mahira says she doesn’t want to see Preeta again but this was Karan and Kareena’s idea. Sherlyn tells Mahira that Preeta is her competition and she should always keep an eye on her. Sherlyn then goes back to her mother’s house and collects all the love letters she had written to Prithvi. She says Prithvi doesn’t deserve her love.

Karan decides to make sure he is always close to Preeta and make her jealous of Mahira. He asks everyone to hurry and reach the wedding hall. Preeta and Srishti are shocked to see the Luthra’s entering there. Karan walks in last and dances in front of Preeta. How will Preeta and her family react when they realise they were tricked? Stay tuned to find out.