In tonight’s episode, Karan and Rishabh go home and lie about being at a meeting. 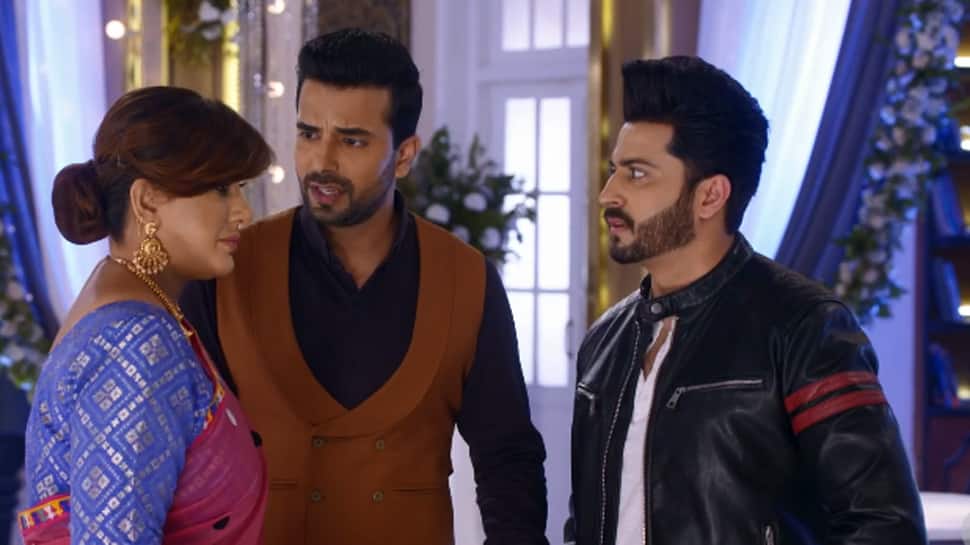 New Delhi: In the episode, when Karan finds Prithvi unconscious in his room, he calls room service in order to save him. After that, he sets the room on fire so as to stop the wedding. Meanwhile, Sherlyn, who is hiding beneath a curtain cloth, watches all of this, dreading her own life. After fire catches on and people evacuate the venue, Karan and Rishabh leave.

Preeta's mother Sarla suffers chest pain and they leave for their home. Janki aunty helps others in evacuating the place.

In tonight’s episode, Karan and Rishabh go home and lie about being at a meeting. However, Karan is asked to immediately start preparing himself for the engagement later on in the day. Karan agrees to go ahead with the engagement. Sammy and Srishti go together to buy medicines for Sarla. On the way, Srishti tells Sammy that she feels Karan was the one who started the fire.

Srishti is quite sure that Karan started the fire. She says it makes sense because Karan would never want the wedding to happen. Sammy calls Karan to find out where he is. When Karan says he is at home, Sammy feels someone else must be responsible for the fire. Srishti asks him to bring it up in random conversations with Karan and find out.

Prithvi wakes up in his house and is shocked to see he is not at the mandap. He panics and calls his mother in to who tells him that he was unconscious and there was a fire in the wedding hall. Prithvi gets angry and tells his mother that Sherlyn ruined his wedding but his mother thinks he is making up stories. Sherlyn also goes to her mother because her hand is hurt in the fire.

Sherlyn tells her mother that Rishabh already thinks she likes Prithvi. She adds that if he sees the small burn marks on her hand he will be completely sure too. Sherlyn then makes her mother lie to Rakhi and Kareena saying she is unwell and needs Sherlyn to take care of her at home. Rakhi and Kareena don’t suspect Sherlyn is doing anything wrong and agree to let her stay with her mother.

Karan is in his room thinking that Preeta should stop his engagement just like he stopped Preeta’s wedding. However, when Sammy brings up the topic Karan pretends like he didn’t know the wedding was stopped. He even says that he will happily get engaged to Mahira. But Karan still has with him the ring he once gave Preeta. Will Karan go ahead with the engagement? Stay tuned to find out.