In tonight’s episode, the police arrest the robbers and begin searching the rest of the place. 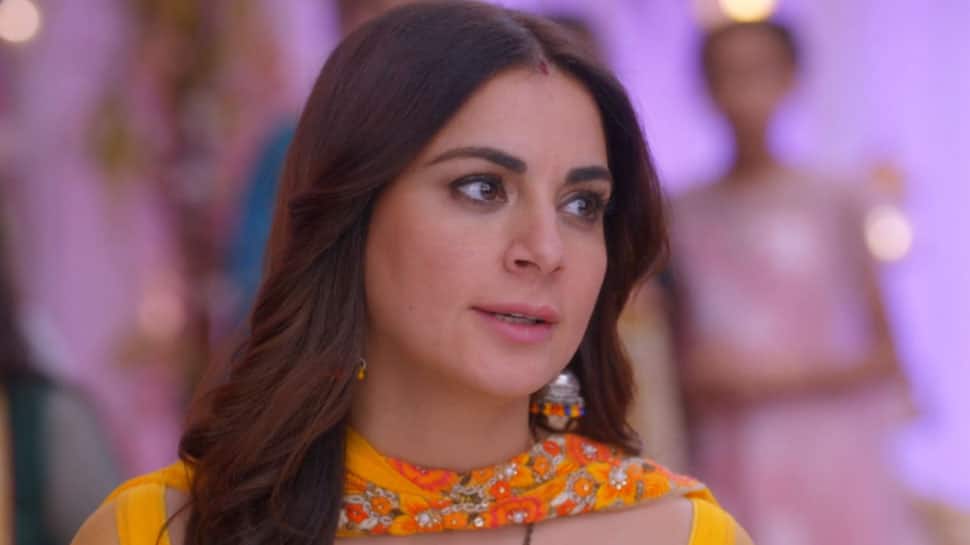 New Delhi: In the episode, when robbers make Rakhi a hostage and lock her inside a room, they threaten her to keep shut while they look for the fake robber. Preeta decides to save Rakhi along with Srishti and uses a secret route to help the former. But Karan at the same time decides to save Rakhi and because of this, the robbers find Preeta, Srishti and Rakhi together. One of the robbers also finds Prithvi, who is trying to escape. Preeta manages to get all the robbers under one roof and electrocutes them until the cops turn up.

Prithvi tells Sarla he came to the hall as soon as he heard something was wrong there. Rishabh thanks Preeta for saving his family but Karan also wants some credit for it. Sarla interrupts them and says that Preeta did everything for Kumkum Bhagya hall and not for the Luthra family. She takes Preeta home and gives her a hero’s welcome for protecting the hall and keeping its reputation intact.

Rakhi goes to Mahesh’s room and cries because she thought she would die without him. Rakhi tells Mahesh how Preeta saved her life and also mentions how she saw love for Karan in Preeta’s eyes. Mahira is passing by and overhears Rakhi. She hears Rakhi saying that Preeta belongs in the Luthra house as their bahu. Rakhi even asks Mahesh to get up and make Preeta the bahu of the house.

Mahira goes to her mother crying and asks her to talk to Rakhi. She asks her to explain to Rakhi that Karan hates Preeta. Sherlyn overhears Mahira’s conversation. She feels like her position in the house is under threat if Preeta does enter the Luthra family. Preeta and Karan are sitting in their rooms and remembering moments spent with each other.

Preeta remembers that the mehndi fell on her hand which means Karan is her husband. Karan also feels happy that his mehndi fell on Preeta’s hand. They both deny that they have any feelings for each other still. Will Karan and Preeta get back together again? Stay tuned to find out.