In tonight’s episode, Sherlyn decides that she will not go to jail. She tries to run away but Preeta shows up at the door. She slaps Sherlyn and stops her from leaving. 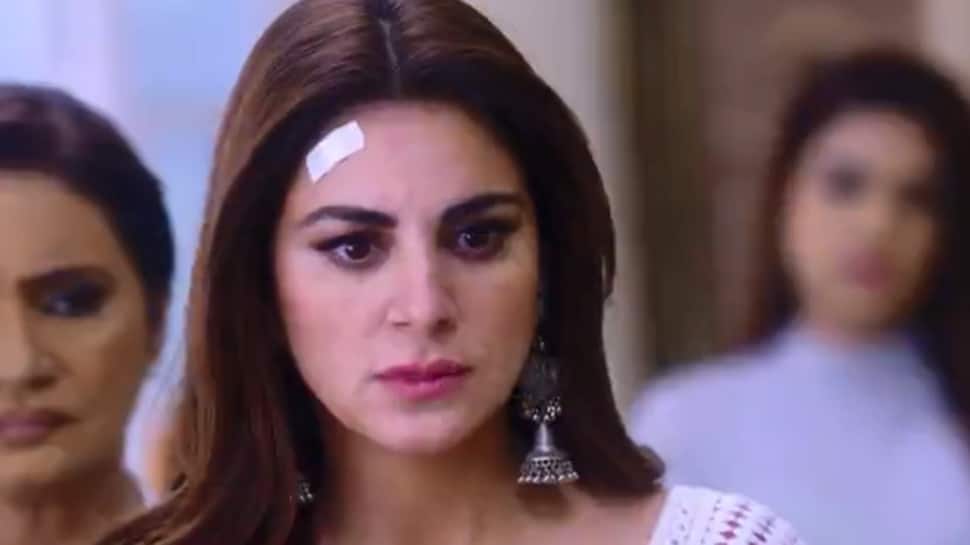 New Delhi: In the episode, Mahesh tells Sherlyn that he knows everything about her. He reveals about Prithvi's involvement as well. Sherlyn then begs Mahesh to not tell this to anyone and let her stay at Luthra house. But he says she will have to leave come what may.

Sherlyn's mother meanwhile is on a lookout for a lawyer for her daughter. Mahesh then calls Preeta and tells her that he will visit her soon.

In tonight’s episode, Sherlyn decides that she will not go to jail. She tries to run away but Preeta shows up at the door. She slaps Sherlyn and stops her from leaving. Sherlyn sees the whole Luthra and Arora family behind Preeta. They force Sherlyn to walk back into the house.

Sherlyn tells the Luthra’s that they need to give her another chance. Rishabh agrees to listen to her if Sherlyn can prove she is not pregnant. Sherlyn tries to tell Rishabh that it is his kid but no one believes her. She tries to run away. She grabs a knife and holds it at Preeta’s neck.

Sherlyn admits that she is pregnant with Preeta’s kid. Preeta tricks Sherlyn and gets away from the knife. Sherlyn is surrounded by Luthra’s as they take turns to slap her before taking her to jail where they say Prithvi is already arrested. Sherlyn begs them to stop.

Sherlyn realises that she is on the bedroom floor and she was only imagining it in her mind. Sherlyn decides that everything is ruined. She calls up Prithvi to ask for help. Rakhi calls Mahesh to find out where he is. He tells her that he is going to apologise to Preeta for how wrongly he treated them.

Will Prithvi be able to stop Sherlyn and himself from going to jail? Stay tuned to find out. Watch the latest episodes of Kundali Bhagya, now streaming on ZEE5.