Karan blames Preeta for everything that happened to Mahesh. Preeta says she wouldn’t do anything to hurt Mahesh because he is like a father to her. Karan asks Preeta to call off her marriage with Prithvi. 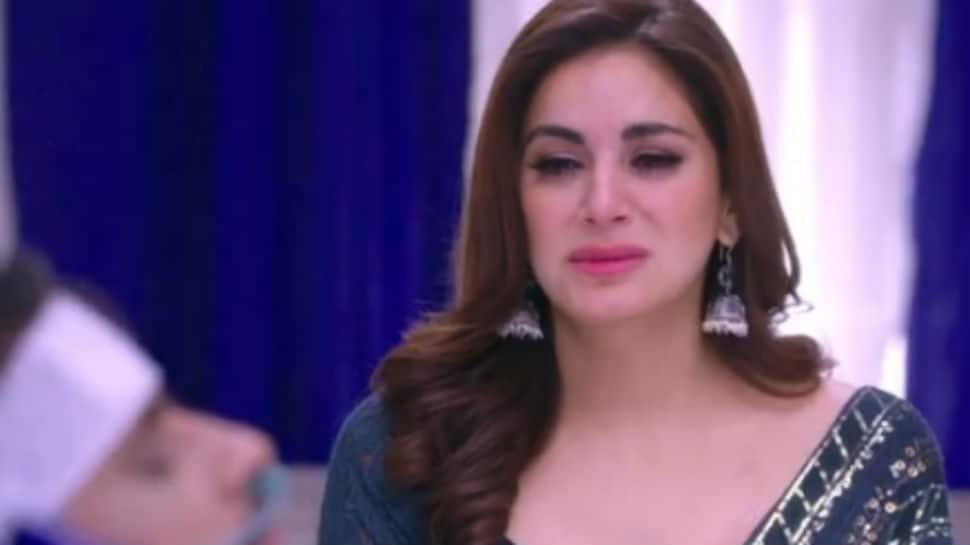 In the earlier episode of 'Kundali Bhagya', Sarla warns Preeta and Srishti to never go back to the Luthra house. Prithvi secretly meets Sherlyn, where he finds out that Mahesh is alive, but is in coma. Sherlyn and he plan to steal the money and property from the Luthras before Mahesh recovers. Daadi, on the other hand, asks Preeta to invite the Luthras to her wedding to Prithvi. A hesitant Preeta later goes to the Luthra house where only Rakhi speaks to her.

In Tuesday's episode, Karan is shocked hearing about Preeta’s marriage. He walks out of the room without saying a word. Rakhi promises to be there at the wedding and apologises for speaking rudely in the hospital. Rishabh congratulates her coldly and leaves too. Kareena tells Preeta to visit Mahesh and leave their house.

When Preeta goes upstairs Kareena wants to speak to Rakhi. Mahira wants to know about Preeta but no one wants to talk about her. Preeta sees Mahesh and finds out he is in a coma in his room. Preeta cries thinking how Mahesh was going to reveal to everyone that she is right and now she is being blamed for trying to kill him.

Kareena says if Rakhi goes for the wedding, she will be responsible for dividing the family. Karan sees Preeta sitting next to Mahesh. Karan blames Preeta for everything that happened to Mahesh. Preeta says she wouldn’t do anything to hurt Mahesh because he is like a father to her. Karan asks Preeta to call off her marriage with Prithvi.

He says that if Mahesh is like her father then she should not get married when he is in coma. Preeta refuses to argue with Karan. But Karan holds Preeta and refuses to leave. Prithvi visits Sarla’s house and finds out that Preeta is at the Luthra house. How will Prithvi and Sarla react to Preeta’s visit to the Luthra house? Stay tuned to find out.