In Monday's episode of 'Kundali Bhagya', Sherlyn leaves her wedding midway to kill Preeta. Here's how the plot unfolded 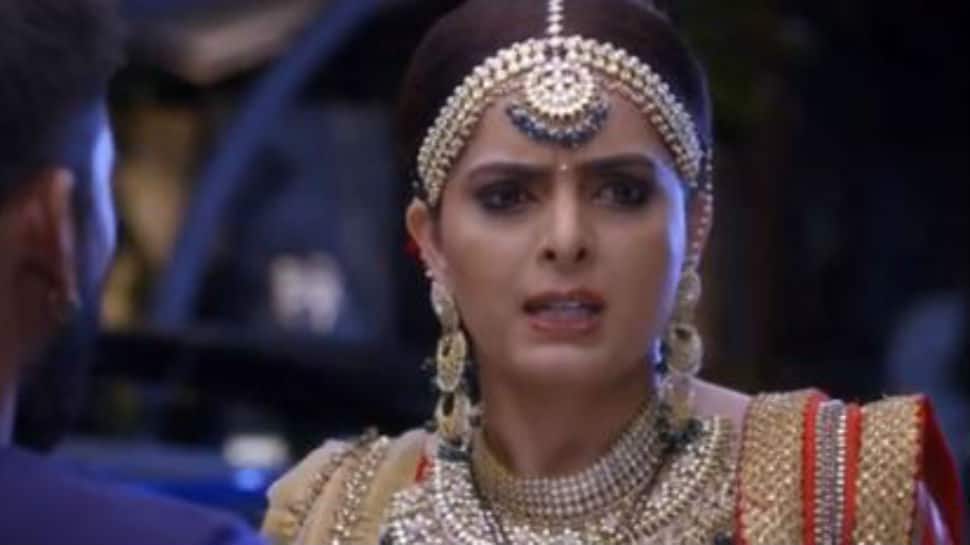 New Dehi: In the previous episode of 'Kundali Bhagya', Srishti reached the hospital to meet her mother. She found out that Sarla and Preeta were admitted. Sarla explained everything to Srishti who realised that Sherlyn tried to kill her mother and sister. Now, Srishti is bent on revenge. Meanwhile, Sherlyn found out that Sarla and Preeta are in a hospital and decided to kill them.

In Monday’s episode, Sherlyn tells Prithvi that she is going to the hospital to kill Preeta. Prithvi is shocked and asks her to wait till the wedding ceremonies are complete. Sherlyn decides that it will be too late by then and decides to leave the wedding incomplete. She tells everyone that she is going to a temple because god answered her prayers.

She tells everyone that she had made a prayer that she should get married to Rishabh. Now that the wish is come true she wants to go to the temple and needs to do a puja for her wish coming true. She leaves the house and Prithvi tries to find out where Sherlyn is going. Karan is sulking because Preeta betrayed him.

Preeta wakes up in the hospital but she is trashing around. The nurse feels like Preeta still believes her life is under attack. She gives Preeta a sedative and puts her off to sleep. Sherlyn reaches the hospital and meets the kidnapper. From him, she finds out that not only Sarla, but Srishti is also at the hospital.

She asks the kidnapper to take care of Srishti and Sarla. Sherlyn decides to deal with Preeta only. The kidnapper dresses up as a male nurse and wears a mask. He enters and gives her an injection which puts her to sleep before she can recognise his face. He then goes to Srishti’s room and adds sleeping pills in her juice putting her to sleep too.

This clears the way for Sherlyn to attack Preeta. Prithvi is driving to the hospital to keep an eye on Sherlyn. Will Prithvi stop Sherlyn from killing Preeta? Stay tuned to find out.