One of the most watched television soaps, 'Kundali Bhagya' just got even more interesting as in the previous episode, Preeta rushes to meet Karan and she runs through the stairs where Prithvi had already spilled oil. However, his evil intentions fall flat. 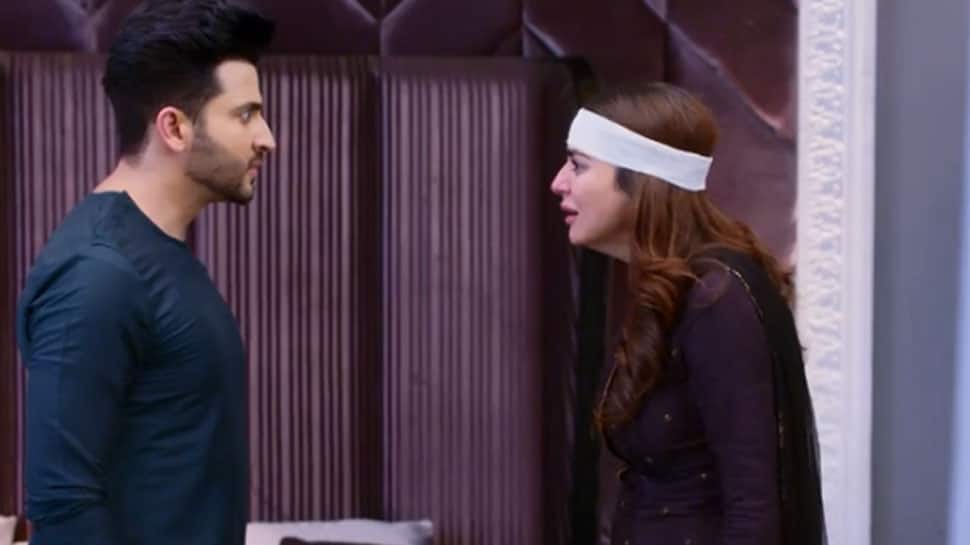 New Delhi: One of the most watched television soaps, 'Kundali Bhagya' just got even more interesting as in the previous episode, Preeta rushes to meet Karan and she runs through the stairs where Prithvi had already spilled oil. However, his evil intentions fall flat.

Just when Preeta is about to fall on the stairs, Rishabh holds her and saves her from falling off. Watching all of this, Prithvi asks Sherlyn to run away with him as his plan had spoiled. Meanwhile, Preeta meets Karan, who feels that she helped Sherlyn and so he lashes out at her.

He accused Preeta that she tried to be his friend but helped Sherlyn instead.

In tonight’s episode, Prithvi tells Sherlyn that their plans have all been ruined. Sherlyn asks Prithvi to check on Karan and Preeta. Sherlyn Prithvi asks Sherlyn to leave the Luthra House immediately. Meanwhile, Karan and Preeta are continuing to fight.

Karan tells Preeta that she has been pretending to be on his side. However, he is sure that Preeta took money from Sherlyn to help her. Karan is so angry he refuses to let Preeta explain herself. Preeta is horrified by what Karan thinks about her. She tells him the truth of what happened during the wedding.

Preeta mentions that she and her mother were kidnapped. Rakhi aunty’s purse had a bomb. Preeta also tells Karan how she hid behind a ghungat to talk to Karan but failed. Prithvi is overhearing the conversation and is shocked. He is convinced that their plan is exposed and he goes back to Sherlyn.

Prithvi tells Sherlyn that they have to escape at that moment. Sherlyn demands to know how Karan reacted. Prithvi tells her, of course, Karan will believe Preeta. However, Karan refuses to believe Preeta and says this was all just a made-up story.

He accuses Preeta of being a middle-class woman who sold the Luthra family for a small sum of money. Preeta gets angry and slaps Karan. She tries to defend herself from Karan’s accusation. But Karan shows Preeta photos where she is hugging Sherlyn and taking money from her. Stay tuned to find out how Preeta deals with this problem.

Kumkum Bhagya, June 15, recap: Pragya gets kidnapped at a party