In tonight’s episode, Rishabh calls the house-chef to find out why is the oil on the stairs. 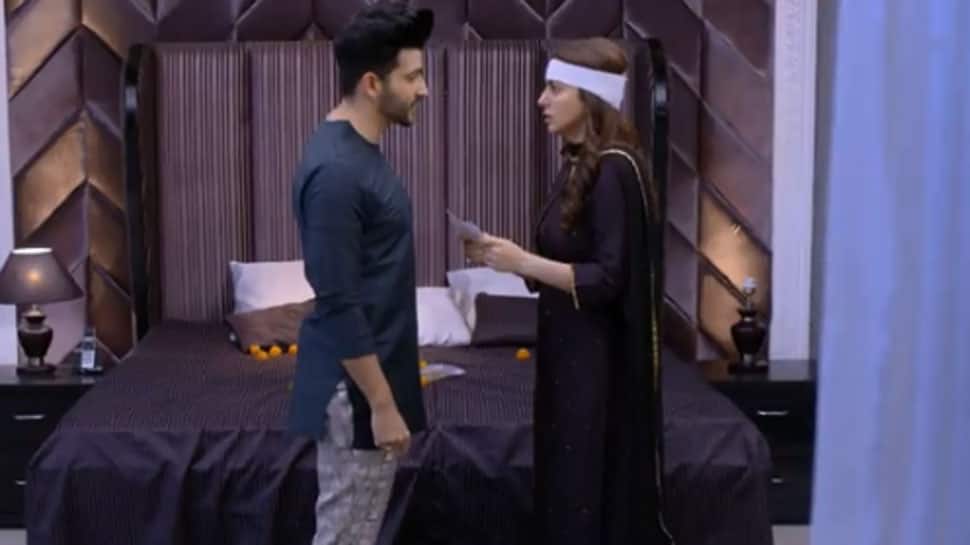 New Delhi: In the last night's episode, we saw how Karan refuses to believe what Preeta tells him. Prithvi meanwhile overhears the conversation and rushes to Sherlyn. He asks her to run away with him as Preeta revealed the truth to Karan but Sherlyn refuses to run away.

Angry Karan shows the photo proof of Preeta hugging Sherlyn and taking money from her. This leaves her shocked.

In tonight’s episode, Rishabh calls the house-chef to find out why is the oil on the stairs. The chef tells Rishabh that Prithvi had taken the oil from the kitchen. Rishabh is confused thinking why Prithvi would need oil and not to be seen anywhere.

Sherlyn tells Prithvi that she had a back-up plan if they didn’t manage to stop Preeta. Sherlyn tells him that she knew how she found out that Karan had put a detective behind her. She ends up buying the detective and making him work against Karan. Sherlyn makes the detective click morphed pictures of her giving Preeta money.

Prithvi is impressed by Sherlyn’s plan. Meanwhile, Preeta tries to clear her name. Karan refuses to believe her even when Preeta offers to take him to her family to find out the truth. Karan believe Preeta might have forged the hospital records too. He asks Preeta to leave the house but Preeta refuses to leave till she proves her innocence.

Karan yells at Preeta and asks her to not say another word. Prithvi and Sherlyn hear Karan screaming at Preeta and go out to see the proceedings but stay hidden. Will Karan throw Preeta out of the house in front of his family? Stay tuned to find out.