Will Karan and Preeta be able to bury their differences? 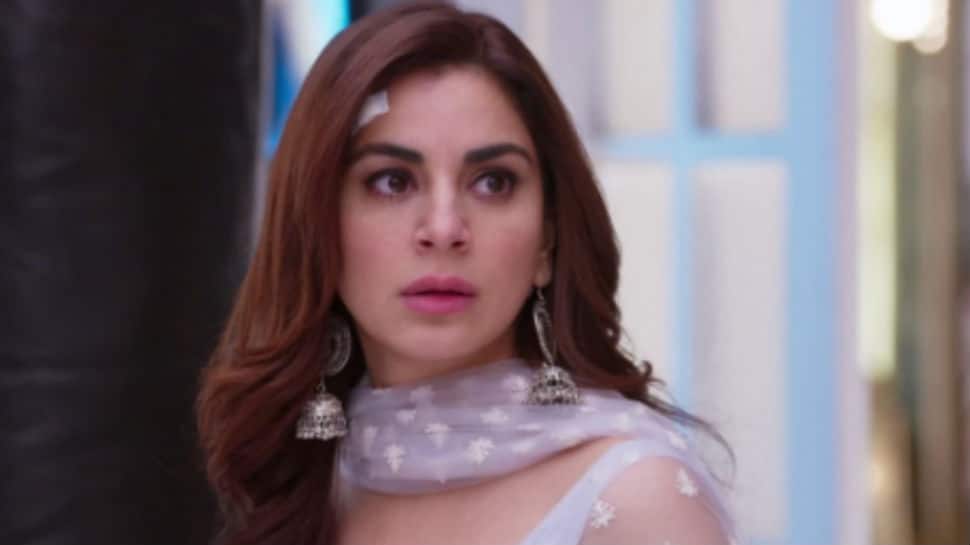 In the earlier episode of Kundali Bhagya, Srishti asks Sammy to not take any decision until Karan calms down. Prithvi, claiming to be jealous, calls up Sherlyn to ask she spent the night with Rishabh. Sherlyn meanwhile tells Kareena aunty that Preeta is trying to keep her and Rishabh apart. After which, Kareena aunty promises to help Sherlyn.

In the maha-episode, Prithvi shows up for the muh-dikhai on Sherlyn’s request. Daadi notices Karan standing at the door. Prithvi says he was not invited but he showed up because he forgot his driving license here. Karan says he wants to leave the ceremony but Rakhi doesn’t let him. When Sherlyn shows up and Rakhi decides to start the ceremony.

Rishabh gets a business call and decides to leave urgently. He promises to return quickly and leaves, even though Rakhi doesn’t want him to leave. Rakhi decides to start the muh-dikhai celebration with Karan. When Karan goes to the stage to lift Sherlyn’s ghungat, he threatens to ruin Sherlyn’s life.

After Karan, Rakhi calls Preeta to lift Sherlyn’s veil. Karan hears this and decides to leave. Just then, Preeta enters the house with Srishti and comes face to face with Karan. He walks away without saying a word to Preeta. Sherlyn is shocked to see Preeta back. Preeta too threatens to expose Sherlyn even after the wedding is completed.

Sherlyn decides she has had enough and asks to leave the ceremony for 10 minutes. Srishti and Sammy meet in the Luthra house. Srishti tells Sammy that she has a plan to bring Preeta and Karan back together, like before. Sanjana is worried seeing Prithvi at the party. Kareena aunty notices Sanjana’s anger towards Prithvi.

She asks Sanajana to explain the reason for her anger. Sanjana says that Prithvi likes Sherlyn. Prithvi hears Sanjana telling the truth and steps in and changes the situation. He tries to tells Kareena that, Sherlyn and he hate each other. Before he can explain himself, Sherlyn calls him to meet her in the room.

Sanajana stops Prithvi from meeting Sherlyn in the room. Prithvi tells Sanajana to not expose him in front of the Luthra’s or Sherlyn will also be kicked out of the Luthra house. Prithvi says he doesn’t want to be with Sherlyn, she wants to be with him.

Sarla is in the market and hears the voice of the man who kidnapped her she tries to find him in the crowd. Sanjana returns to the party and sees Preeta who is standing by herself. Karan tells Sammy that his phone is near Preeta and asks him to get it back. Srishti comes up with a plan to send Preeta to Karan’s room.

She sends Preeta to bring back Rakhi’s phone which Sammy hid in Karan’s room. When Preeta reaches there she finds Karan in the room. Karan again walks away from Preeta without saying a word. Will Karan and Preeta be able to bury their differences? Watch next week’s episodes to find out.

Watch the maha-episode of Kundali Bhagya, now streaming on ZEE5.