In tonight’s episode, Preeta is massaging Mahira’s foot when Karan walks into the room. 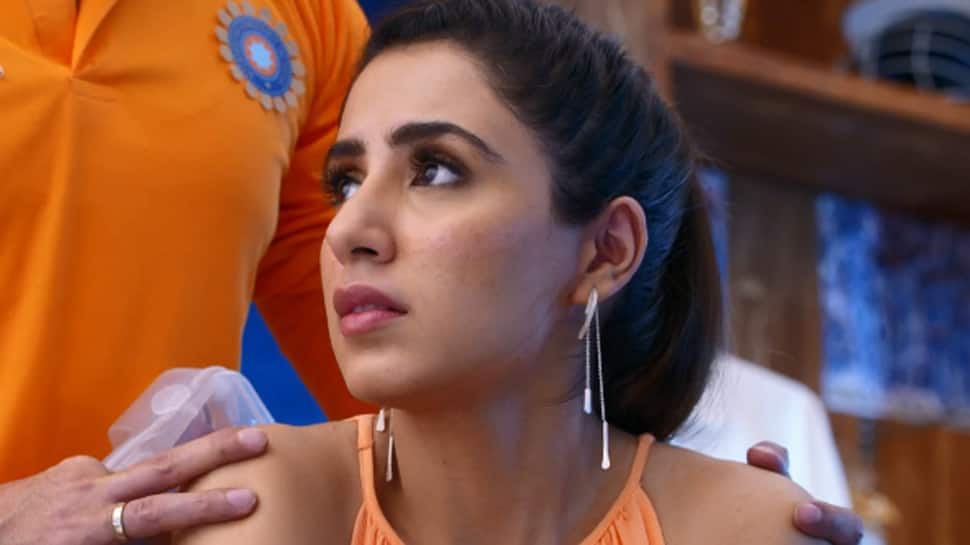 New Delhi: In the episode, Preeta is seen telling Srishti about divorcing Karan. But on the other hand, Karan decides to not divorce her because Prithvi is keen on marrying Preeta. Kareena asks Mahira to take the protein shake to Karan. In the locker room, when captain Shiv insists on talking to Preeta, Karan gets agitated. When Mahira takes the protein shake to Karan, it slips and she falls into his arms. However, Karan notices she got her ankle sprained and calls Preeta for assistance immediately.

In tonight’s episode, Preeta is massaging Mahira’s foot when Karan walks into the room. He tells Preeta that he knows how to take care of the wound and says he got the ointment as well. Preeta asks him to let her do her work without interfering. Sherlyn walks in and asks for Karan Luthra.

When she goes towards the locker room she sees Karan and Preeta holding hands over the first aid box. She gets worried about her plans failing. Mahira also notices the tension between Karan and Preeta who are actually fighting for the ointment box. Karan is called by the coach and he gives the box to Preeta.

Sherlyn goes to Prithvi’s house with bad news. She tells him that they will have to come up with a much better plan to get the Luthra’s property because all their money is with a trust and not with Rishabh. Sherlyn also tells Prithvi that she saw Preeta with Karan in the cricketers' locker room holding hands.

Prithvi now gets worried and suggests Sherlyn see a new lawyer named Dube. Sherlyn goes to him and asks him to send a legal notice from Preeta to the Luthra family. Sherlyn and Prithvi plan to create so many misunderstandings between Karan and Preeta that they will never get close again.

Mahira asks Preeta if she wants to live with Karan. Preeta says that she doesn’t want to be with Karan because she thinks he is a horrible person who likes to see people in pain. Karan hears this and tells Mahira he cannot see her in pain. He carries her to his car in front of Preeta. Will Mahira succeed in marrying Karan? Stay tuned to find out.