In tonight’s episode, Karan puts Mahira in the car and goes back to the room to get his things. 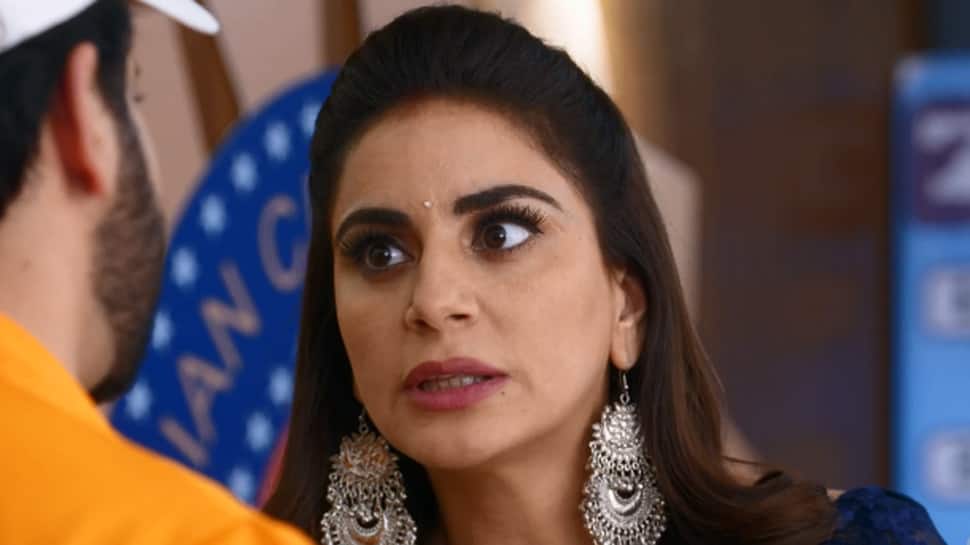 New Delhi: In the episode, when Mahira sprains her foot, Preeta comes to help her out. Karan tries that Preeta should not be around Mahira. Both Karan and Preeta end-up fighting over a medicine box. Just then, Sherlyn notices the two holding hands inside the locker room. In a state of panic, she tells Prithvi about it, who then plans to send Karan a legal notice from Preeta's side. Mahira asks Preeta about her feelings for Karan, who has nothing good to say about him. Karan overhears her talk. He takes Mahira from there in his arms.

In tonight’s episode, Karan puts Mahira in the car and goes back to the room to get his things. Mahira feels like she has finally won over Karan. Preeta leaves the locker room and finds the team captain again. Karan asks the captain to stay away from Preeta and also asks Preeta to stop saying anything about him.

The team captain asks Karan to speak properly to him. Preeta laughs and says Karan cannot speak decently to anyone. Prithvi goes to Preeta’s house and insists on making his special tea for Sarla and the family. He then leaves after impressing everyone in the house.

When Prithvi leaves, Biji and Janki tell Sarla that they feel bad for Prithvi now. Sarla is more worried about Preeta because she still found Karan’s photo in the room and starts crying. Sherlyn goes home and Kareena asks her where she went. Sherlyn lies saying she went shopping but didn’t buy anything.

Karan enters the house carrying Mahira in his arms. Kareena tells Rakhi that it’s the first time Karan cares for someone else. However, Rakhi feels Karan takes care of everyone. Karan says a physiotherapist but doesn’t mention Preeta’s name. Sherlyn notices this and feels Karan started liking Preeta again.

When Preeta goes back home, she decides to cook for everyone with Janki’s help. She sees Sarla and Srishti laughing and chatting. Janki tells Preeta that Sarla is not happy and is actually worried about Preeta. Hearing this Preeta promises to prove she is happy without Karan. Will Preeta really prove she is happy? Stay tuned to find out.