In tonight’s episode, Preeta hears an older woman explaining to her daughter-in-law the importance of keeping a fast for Karva Chauth. 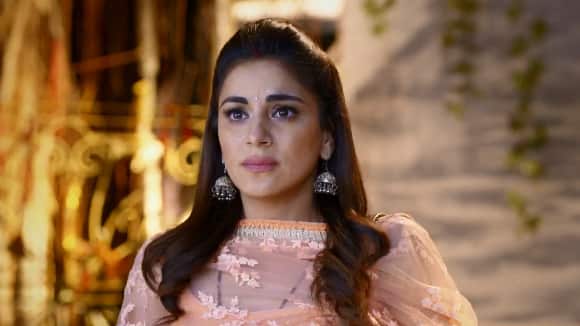 New Delhi: In the episode, Preeta lies about her phone being stolen but Janki watches the news and gets to know everything. Sherlyn calls Prithvi asking him to come to Luthra House and break her first Karva Chauth fast. Rishabh feels that Preeta should keep her first Karva Chauth Vrat for Karan at Luthra House. Janki asks Preeta why Karan did not help her at the hotel when the terrorists had attacked. Mahira meanwhile keeps the Karva Chauth Vrat for Karan but Preeta is yet to decide about observing fast for her husband.

In tonight’s episode, Preeta hears an older woman explaining to her daughter-in-law the importance of keeping a fast for Karva Chauth. Preeta feels that Karan didn’t just wrong her but her entire family. Preeta says she will not keep a fast for Karan. When she goes out of the temple, Karan pulls up in a car much ahead of her.

Someone knocks on Karan’s window and sells him a Mata Ki Chunni for his wife. Karan buys one but it flies from his hands. It flies on Preeta’s head and Karan drives away saying he doesn’t want it back. Preeta takes this as a sign from God and takes the chunni from her.

When Karan is driving he cannot stop thinking about Preeta. He wonders if she has kept a fast for him. Preeta reaches home and Sarla tries to give her a glass of water. However, Preeta refuses to drink it saying she will freshen up first. When she goes to her room Preeta decides to keep a fast.

Sarla promises Biji and Janki that she will not let Preeta keep a fast. She cooks all of Preeta’s favourite dishes and takes it to feed her. When Preeta hesitates, Sarla tells her that she will be very angry if Preeta has decided to keep a fast for Karan. Will Preeta break her fast to please Sarla? Stay tuned to find out.