In tonight’s episode, Karan asks Mahira to come home with him because the doctor by mistake went there. 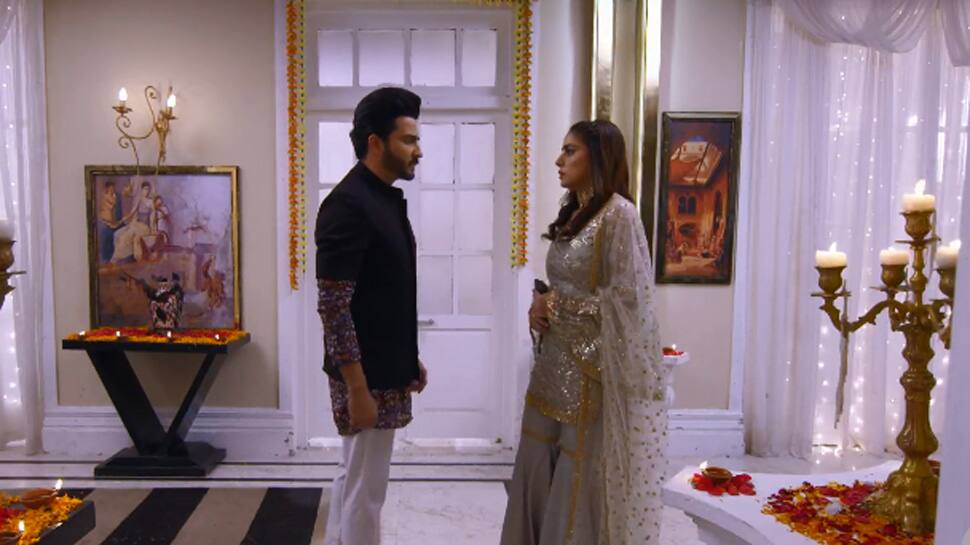 New Delhi: In the episode, Preeta joins Gidda dancers and enters Luthra House. During her dance act, she faints and Karan offers her water. She drinks it and breaks her Karwa Chauth fast. Kareena gets to know about Mahira keeping fast for Karan and promises her that she will get them married. Preeta meets Renuka, who calls her for the job interview the next day. Rishabh and Karan congratulate Preeta. When Mahira notices Preeta and Karan together, she gets jealous. She hurts her hand with a firecracker and Preeta rushes to meet her.

In tonight’s episode, Karan asks Mahira to come home with him because the doctor by mistake went there. Mahira is about to leave with Karan but feels dizzy. Karan and Preeta support her and get her in the car. Preeta gets in the car and takes Mahira home. Preeta walks into the house also supporting Preeta.

Kritika says that she has made a rangoli and wants everyone to see it. Karan and Preeta bring Mahira in the house. Preeta’s leg goes on the red colour of the rangoli and all her footsteps in red enter the house. Sarla wants to know where Preeta is. Srishti says Preeta is collecting her appointment letter but Sarla wants to call up and confirm it.

Kritika walks in with Kareena and Daadi to show them her rangoli. She sees the red footprints of Preeta and says this is like her graha parvesh. Kareena gets angry but Karan says he brought Preeta to the house because Mahira was injured. Kritka asks Preeta’s help to take Mahira to her room.

Kareena tells Daadi that she has seen enough of Preeta. She says that she has found someone to marry Karan who actually loves him. Karan is angry because he can’t seem to keep himself away from Preeta. Mahira feels Preeta is very nice and Karan did such a horrible thing to her.

Preeta and Karan cross paths when she is going to get a hot water bag. However, they argue and go away. Srishti calls up Preeta to find out where she is. The phone is kept on speaker, when Preeta tells Srishti that she is at the Luthra house. Will Sarla go back for Preeta? Stay tuned to find out.