In tonight’s episode, Preeta is in the Luthra house kitchen when she gets a call from Srishti. 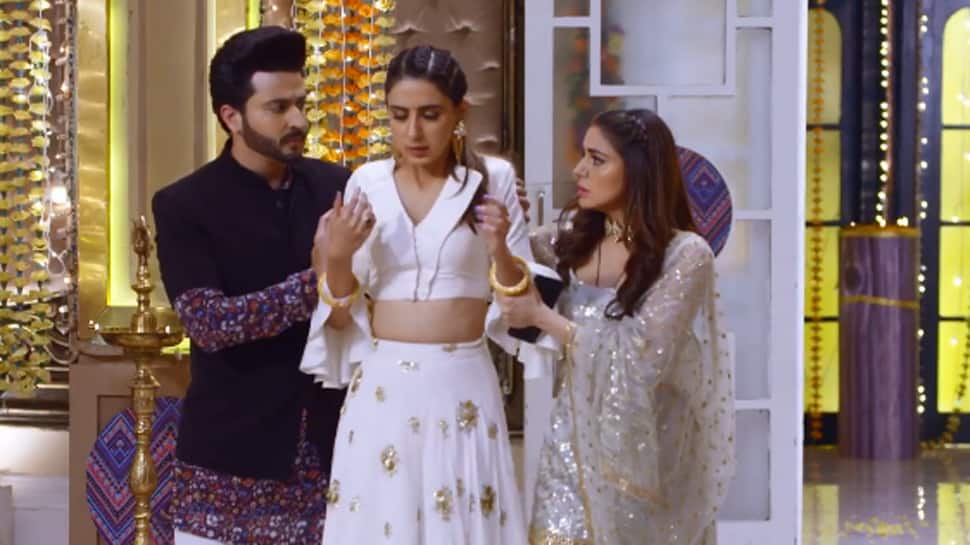 New Delhi: In the episode, after Mahira reaches home, Karan calls the doctor. Preeta steps on the rangoli made inside Luthra House by mistake. When Kritika notices Preeta's rangoli footstep marks inside the house, she says it's like her 'Griha-Pravesh' ceremony. Preeta helps Mahira and takes her to her room. Meanwhile, Kareena tells Daadi that she thinks she has found a new match for Karan. Sarla tells Srishti to call Preeta and ask her about where she is. Preeta reveals that she is at Luthra House.

In tonight’s episode, Preeta is in the Luthra house kitchen when she gets a call from Srishti. Preeta says the truth that she is at the Luthra house. Sarla asks Preeta to come home immediately. Hearing Sarla’s voice, Preeta makes up an excuse saying she was just being sarcastic to Srishti and that she is actually still getting her appointment letter.

Preeta takes a hot water bag for Mahira. She hears Kritika trying to get rid of Mahira’s Kada. Mahira says that this was given to her by Kareena who promised to get her married to Karan. Preeta hears this and walks away. She meets Kareena who asks her to stay away from Karan and get rid of the Mangalsutra and Sindoor.

Preeta tells Kareena that she doesn’t want any advice from Kareena on how to live her life. She goes to Karan in anger. Preeta gives Karan the hot water bag and asks him to take care of Mahira himself. When Preeta leaves the house, Kareena goes to check on Mahira.

Kritika is trying to tell Mahira that it's not a good idea to come in between Karan and Preeta. Kareena asks Kritka to leave. Mahira says that she thinks Preeta is not a bad person. Kareena tells Mahira to decide if she wants to marry Karan or not. If she doesn’t want to, then they will find someone else to marry her.

Rishabh finds out Preeta left after helping Mahira and Karan didn’t drop her home. He scolds Karan but he doesn’t listen. Preeta goes home and cries. She lies it’s because she is happy at getting a job. Will Preeta try and stop Karan from marrying Mahira? Stay tuned to find out.