Kundali Bhagya October 8, 2019 episode recap: Will the terrorists get away with their crime?

In tonight’s episode, the terrorist tries to shoot the safe to open it. Karan calls up the police again and asks them to reach faster. 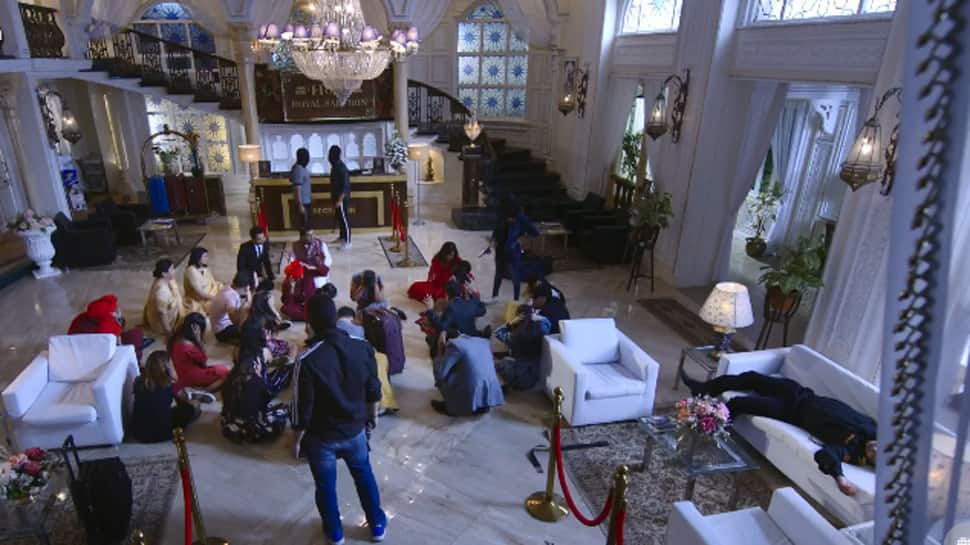 New Delhi: In the episode, Sherlyn argues with Prithvi inside the mall and hides from Kareena. But the latter spots Sherlyn and is surprised to see her there but she smartly manipulates the whole scene. Sherlyn takes the dresses picked up by Kareena and on the pretext of trying them in the changing room goes away from the spot while Prithvi also follows her. Preeta is held by terrorists who ask her to give them the keys to the locker. They threaten to kill her if she doesn't tell them where Karan is.

In tonight’s episode, the terrorist tries to shoot the safe to open it. Karan calls up the police again and asks them to reach faster. He hears one of the terrorists approaching and hides again. The Hotel Manager asks the Prince if he actually doesn’t have the keys. The Prince says he has the keys but it is hidden well in his room.

Kareena comes outside Sherlyn’s changing room with another dress for her to try. She asks her to open the door which makes Sherlyn and Prithvi panic. Sherlyn lies to Kareena saying the door is jammed. Rishabh also shows up there looking for Kareena. He hears that the door is jammed and looks for someone to force the door open.

The terrorists notice one of their own men lying unconscious. They wake him up and he describes how some brave person knocked him out and stole his walkie-talkie as well as his phone and gun. Preeta smiles and the doctor Renuka asks her why she is happy. Preeta says Karan was on the second floor he must have beaten the terrorist.

After a while, Sherlyn doesn’t hear anything so she goes out to check. She is shocked to see Kareena on the other side talking on the phone. Kareena is sure that Sherlyn’s dress should fit her she goes back to the changing room where Prithvi hides. Sherlyn says she will try the new dress also and then call Kareena, but she doesn’t move away.

The hotel manager pretends to go to the washroom and tells the terrorists about the locker key and Karan Luthra. However, they hear police sirens. The terrorists pretend a birthday party is going on. They threaten to kill Renuka’s son if anyone warns the police. Will the terrorists get away with their crime? Stay tuned to find out.