In tonight’s episode, Prithvi takes Preeta to the mandap and tells the pandit to start the ceremonies again. 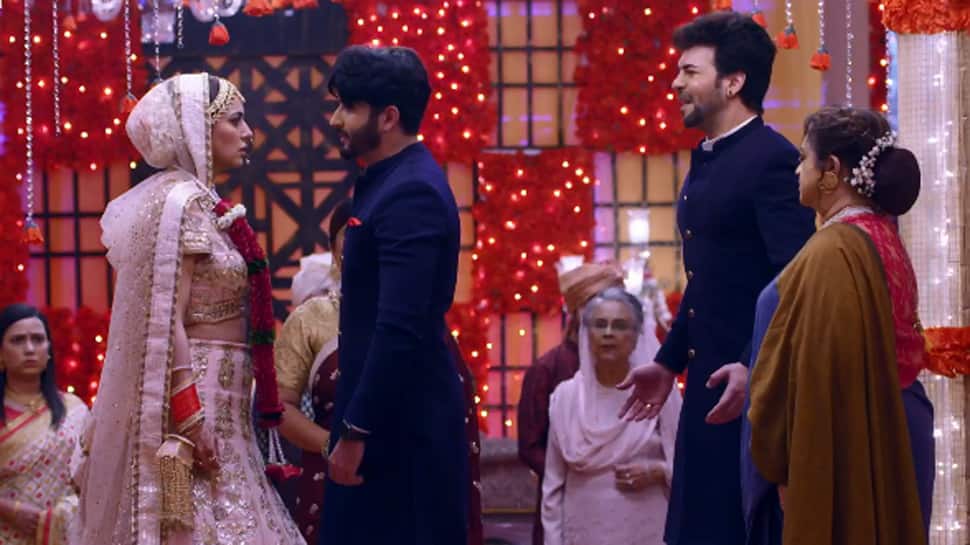 New Delhi: In the episode, Karan and Preeta complete the wedding rituals. Prithvi gets up and tries to get out of the room but Biji enters. She tries to stop him but Karan avoids her heads out. At that moment, Sarla asks the groom to show his face and lift the sehra. Karan fumes seeing Karan at his place. He alleges that he married Preeta only to take revenge from her. Prithvi decides to marry Preeta and takes her back to the mandap.

In tonight’s episode, Prithvi takes Preeta to the mandap and tells the pandit to start the ceremonies again. Prithvi sees Preeta is not taking her eyes off Karan. He turns her around and makes her sit in the mandap with him. The pandit starts the fire and Karan puts out the fire by pouring water on it.

Prithvi and Karan are about to get in a fight but Sarla stops them. She asks Karan to tell her why he married Preeta this way instead of asking her hand in marriage with his parents. She even says that she doesn’t accept the marriage. Karan says that he realised his love for Preeta too late. By then she was already marrying Prithvi.

Karan says he didn’t think anyone would call off the wedding if he showed up at the wedding hall saying he loves Preeta. So he decided to take Prithvi’s place in the mandap. Preeta is further shocked on hearing Karan’s feelings but still doesn’t say a thing.

At the Luthra house, Daadi is crying looking at Mahesh. She blames Preeta for supporting Prithvi and getting him released. She gets chest pains from crying and Rakhi tells Rishabh to call the doctor. Sarla asks Karan if he ever asked Preeta if she was in love with him before getting married to him.

Prithvi says Karan doesn’t love Preeta. Karan says he keeps saying he hates Preeta but he always loved her and never realised it. He goes down on one knee and proposes to Preeta asking her to choose him. Srishti says she accepts Karan as her brother-in-law. But will Preeta accept Karan’s proposal? Stay tuned to find out.

I never intend to be a part of the rat race: Rajeev Khandelwal