In tonight’s episode, Prithvi claims that this marriage is a lie and it doesn’t count because Preeta didn’t know who she was getting married to. 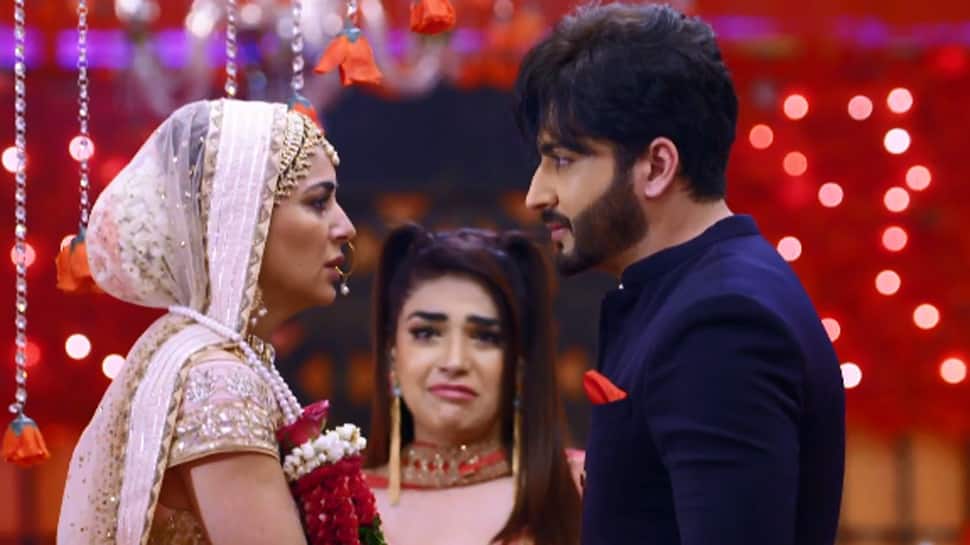 New Delhi: In the episode, Prithvi tells the pandit to again start the marriage ceremony as he wants to marry Preeta. However, Karan stops it. Sarla steps forward and asks Karan why he had to marry Preeta like this. He reveals that he is in love with Preeta but he realised it really late. Prithvi alleges that Karan is lying and in reality wants to take revenge from Preeta. At the Luthra House, Daadi says that she hates Preeta for supporting Prithvi. While talking about it, Daadi gets chest pain. Karan proposes to Preeta at the mandap.

In tonight’s episode, Prithvi claims that this marriage is a lie and it doesn’t count because Preeta didn’t know who she was getting married to. Prithvi tries to talk to Preeta but Karan stops him from coming close to Preeta. At the Luthra house, the doctor gives Daadi an injection which makes her unconscious for a while.

Sherlyn wonders how they will save her from Preeta. Kareena promises to not let Preeta or any of the Arora’s in her house til Daadi is alright. Prithvi is backed up at the mandap by his mother who says she also refuses to consider this a wedding. Preeta’s daadi suggests they should Preeta first if she considers herself married to Karan.

Sarla tells them to wait and asks the pandit if this is a legal wedding. The pandit says Karan and Preeta were married according to every custom. Sarla accepts this as a legal wedding because she sees Preeta getting happy thinking she is married to Karan. Prithvi then tries to tell Preta to go with him and get married.

Preeta herself stops Prithvi saying she is now Karan’s wife. Sarla decides to call Karan’s family to bless the wedding couple. At the Luthra house, Daadi wakes up and asks for Karan. She says she had a weird dream about Karan and wants to speak to him immediately. Rishabh tries to call Karan but he doesn’t answer the call.

Karan diverts their attention at the mandap by asking Prithvi to leave. Sarla and Biji also take Karan’s side and ask him to leave. Prithvi says he wants to see first if Karan’s own family will accept this marriage. Will Prithvi be proved right and the Luthras do not accept Preeta as their bahu? Stay tuned to find out.