In tonight’s episode, Prithvi tries to take Preeta and leave the wedding. Karan holds Prithvi’s hand and asks him to leave. 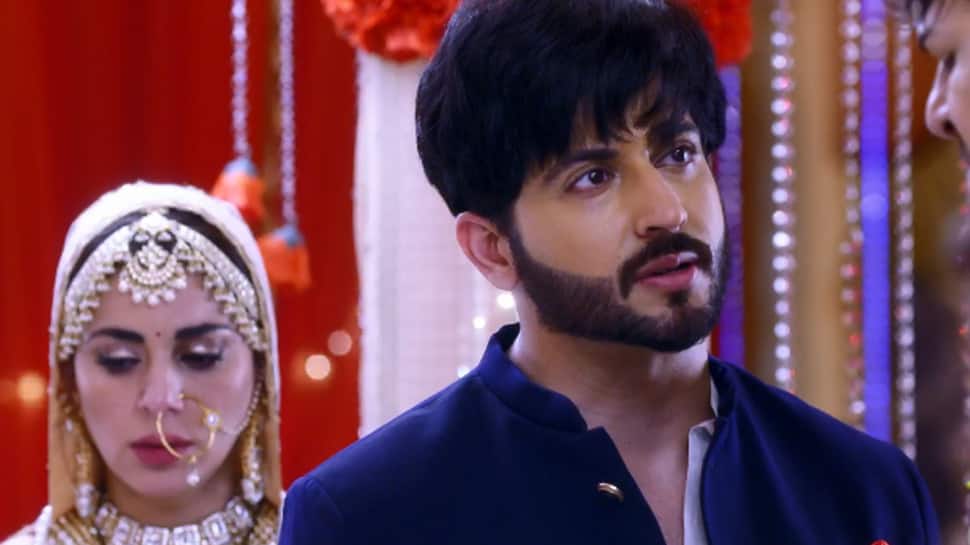 New Delhi: In the episode, Prithvi and his mother allege that the wedding is a fraud. Sarla then asks the pandit if the wedding is legal or not. The pandit reaffirms that the wedding is all fine and as per rituals. Then Sarla is relieved and accepts Karan as her son-in-law. At the Luthra House, Dadi has a dream about Karan wanting to speak with her. When Prithvi tries to take Preeta away from the mandap, she stops him and says that she is now Karan's wife. Sarla then decides to inform Karan's family and call them to bless the couple.

In tonight’s episode, Prithvi tries to take Preeta and leave the wedding. Karan holds Prithvi’s hand and asks him to leave. Sammy and Srishti ask Prithvi to leave with his respect intact. Prithvi fights with Karan and Sarla slaps him before making him leave. Prithvi curses everyone before leaving that no one will be happy with this wedding.

Before going to Preeta’s house for the Bidaai, Karan kisses Preeta’s forehead and they smile at each other. Rishabh tries to call Karan but Karan doesn’t answer the cal. Rishabh pretends to answer the call saying Karan is returning home. Sherlyn knows he is lying and wonders why Karan is not answering the call.

When they reach Preeta’s house, Karan and Preeta go into separate rooms. Sammy tries to call up Rakhi and tell her about Karan’s wedding. Karan tells Sammy to not call anyone at home since he wants it to be a surprise when he goes home. Preeta smiles and tells Sarla she is ready for her Bidaai.

In the Luthra house, Sherlyn thinks she is in control of everything. Since everyone now hates Preeta and loves Sherlyn as the bahu. She even plans to control Prithvi after his wedding to Preeta since she gave him permission to marry her. Will Karan’s surprise ruin Sherlyn’s plans for the Luthra’s? Stay tuned to find out.

Lakshmi Manchu to host 'Feet Up With The Stars' in Telugu