In tonight’s episode, Sherlyn tells everyone that Preeta and her family will look for revenge after being rejected by Karan. 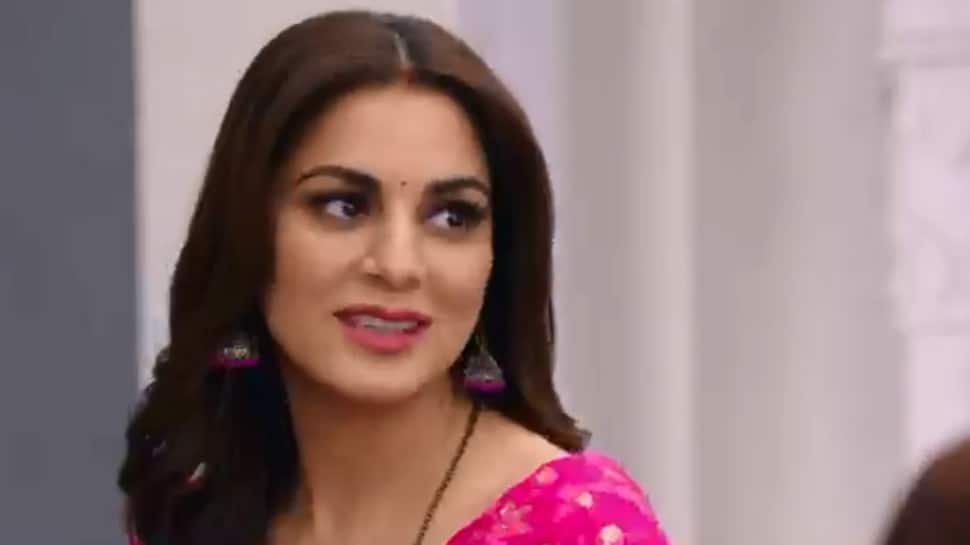 New Delhi: In the episode, Rishabh is shocked to know about Karan and Preeta's wedding. He is upset with Karan's act of abandoning Preeta on road. Karan then tells him that he did all of this to take revenge from Preeta. However, Rishabh refuses to support Karan. Sarla tells Preeta to get over her wedding and start her life afresh.

Kareena discusses with Rakhi how Sarla and her daughter Preeta will now seek alimony amount from Luthras and live a smooth life. Preeta then tells Sarla that she is now ready to move on.

In tonight’s episode, Sherlyn tells everyone that Preeta and her family will look for revenge after being rejected by Karan. Rakhi wants to find a way to save Karan from going to jail. Kareena says they can remove all rights of Preeta because the marriage is not registered in court. She says they should get Karan married again and legally this time.

Sarla’s brother also brings a lawyer to Preeta’s house. Sarla says she has changed her mind about hiring a lawyer fro Preeta. But the lawyer says he should talk to Preeta once. He tells Preeta that he can put a case on Karan for cheating and domestic violence on her. If Karan refuses to accept the marriage, she says they will ask for alimony.

Sherlyn goes to Karan’s room and asks him to come down. Kareena tells Karan that he will need to get married again to save himself from Preeta. Karan says that he will not do anything like that and goes out for practice. Kareena tells Rakhi to convince Karan about her idea. Sherlyn decides to do Rakhi’s job for her.

Preeta tells her lawyer that she doesn’t want Karan’s money or to put any case on him. Srishti joins the lawyer in suggesting that Preeta make Karan pay for his crimes. Preeta tells Srishti and the lawyer that she is trying to move on in life. She says she wants nothing to do with Karan or his family even if they have a lot of money.

Karan is in his car on the way to practice. He remembers the times he drove Preeta around in his car. Karan cries and notices Preeta buying flowers from the roadside stall. He stops the car and tries crossing the road to see Preeta, but she hasn’t seen him yet. Will Karan and Preeta come face-to-face again? Stay tuned to find out.