Here's what Darshan Panchal-GM (Marketing) of Nutrela has to say about this new venture: 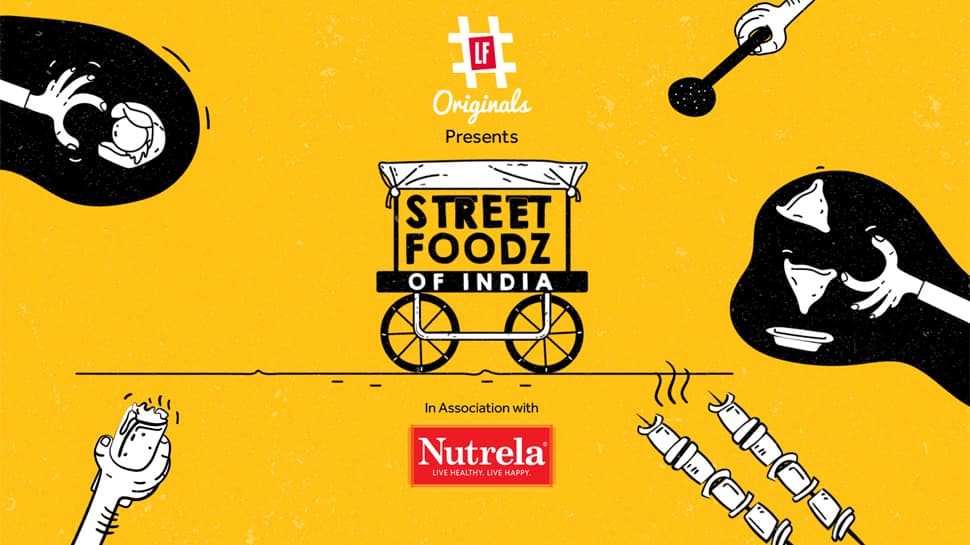 LF Originals in association with Nutrela, the Soya brand has taken to the Indian roads to reinvent street food in a healthy way. Launched on October 5, Street Foodz of India is an original series that takes you to the five Indian cities known for its delicacies- Mumbai, Delhi, Kolkata, Indore, and Lucknow to relish the street food, but with a healthy twist.

This series aims to promote healthy eating with Nutrela, suggesting ideas to modify street food into healthy, yet delicious food.

Here's what Darshan Panchal-GM (Marketing) of Nutrela has to say about this new venture:

“Street food is an integral part of our culture and life, with every city having its own unique dish which is thoroughly enjoyed by its people and tourists. We along with the #LF team wanted to bring these recipes to each and every household in the country by giving it a healthy twist. Nutrela Soya is not only the highest source of protein but its versatile property makes it seamlessly blend with any vegetarian dish so that people can enjoy their favourite street food without really worrying about their health. These street food videos are the testimony of Nutrela Soya's healthy & tasty proposition.”

The series will have a total of 10 episodes, two each city that will run on all its digital platforms. The seven to eight minutes videos that premiere on Tuesday and Thursdays at 5 PM on Facebook and 8 PM on Instagram, will take you on a tour to experience all the famous street foods of a city. The host takes you to famous local food joints in the city and experiments with ways to upgrade street food to healthy delicious dishes in no time using high-protein Nutrela soya chunks.

With a successful launch of the show, here's what the Living Foodz Business Head-Amit Nair has to say: “#LF has been at the forefront of doing innovative content in the digital space for a while now, with this partnership with Nutrela we bring to our audiences some lip-smacking street foods across the country while focusing on healthy options as a new way of enjoying your favourite snack.“

The first two episodes tickled the taste buds with Kolkata's famous Jhaalmuri and Puchka, made with soya chunks as one of the key ingredients. The next two episodes are based in Mumbai, a city known for its fusion street food. Here, they experiment with the staple food of the city-

Vada Pav and Pav Bhaji, after that their next foodie destination halt is in Lucknow.

Stay tuned with #LFOriginals for more interesting content on food and lifestyle.

About Nutrela: Nutrela is a brand that's synonymous with soya products, but one of its primary goals has always been to focus on their consumers' Health & Nutrition. It is with that precise thought that they choose to bring to their loyal consumers, and the rest of the nation, space where realizing and maintaining a healthy lifestyle is the central goal.