Mahira Sharma is not at fault, says Rashami Desai on her Dadasaheb Phalke Award controversy

"It was not Mahira's fault completely. They invited all of us and told us something, whereas something else happened there," Rashami Desai said. 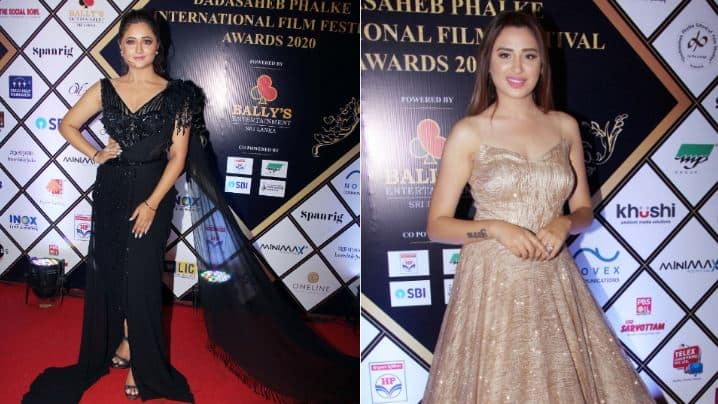 New Delhi: 'Bigg Boss 13' runner-up Rashami Desai, who also attended Dadasaheb Phalke International Film Festival (DPIFF) a week ago with co-contestant Mahira Sharma, opened up about the controversy surrounding the latter over "forging a certificate". In an interview to koimoi.com, the 'Dil Se Dil Tak' actress said that Mahira is "not at fault and she shouldn't apologise."

"I spoke to her, and why will she apologize? She's not at fault. They gave her the frame, she posted it on a good note and then, whatever problems are coming are not because of her but whatever the people are involved in it," Rashami said.

She also blamed the organisers for the "mismanagement" and said that at the event, nothing happened as per the brief they received before.

"It was not Mahira's fault completely. They invited all of us and told us something, whereas something else happened there. So, it was the organisers who should take care of all the mismanagement and disorganised stuff. It is a very big category, Dadasaheb Phalke Awards itself is a very big thing, but then when you invite people you shouldn't take them lightly," Rashami said.

It so happened that Mahira, a few hours after the event, on her Instagram stories, posted a picture of a certificate, which revealed that she was named 'The Most Fashionable Contestant Of Bigg Boss 13' by DPIFF. Soon, she was bombarded with congratulatory messages and in the meantime, DPIFF claimed that Mahira has 'forged' the certificate and she should apologise for it. After which, the actress said that the charges made against her about forging a certificate are "false and totally uncalled for".

Even after Mahira's clarification when DPIFF insisted on an apology from her, she said that she will not oblige to it as it's the third party's fault and not hers.

Ms. Mahira, We hereby present the required facts on the matter. We further await for your apology as we dont want to drag this further and close it on a good note! @officialmahirasharma

In a lengthy Instagram post, which is now deleted, Mahira wrote, "No doubt, the certificate given to me was a forged one as mentioned and informed by the official team of DPIFF. I was unaware of this fact while receiving the certificate on the night of 20th February 2020." She added that had she been aware it was a forged one, she wouldn't have posted it.

"There was a glitch and the situation is to be blamed here and not me. The concerned people have apologized and owned their mistakes, so I don’t know why I am being pushed to apologise for no fault of mine?" she added.