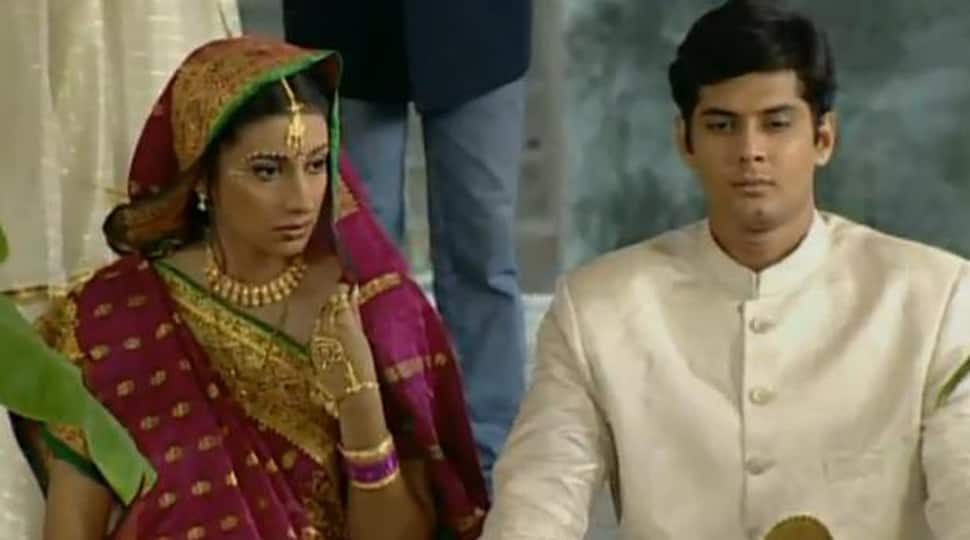 New Delhi: For those born in the era of famous television soap 'Kyunki Saas Bhi Kabhi Bahu Thi' starring the Cabinet Minister Smriti Irani, would remember that the male lead of the show 'Mihir' was the most inconstant character in the series. On the 18th anniversary of Ekta Kapoor's famous show, Smriti Irani shared a hilarious video from the sets where they mock the ever-changing 'Mihir Virani'.

Sharing the video on Instagram, Smriti wrote, "@ektaravikapoor Just for you ..."

In the video, you can see Smriti asking, "Mihir phir badal gaya?"

For the unversed, Mihir was Tulsi Virani's(Smriti Irani) husband in the TV soap. His character was first played actor Amar Upadhaya, who left the show soon after it started. Ekta Kapoor then roped in late actor Inder Kumar to play Mihir's character but he too left the show midway. And then came Ronit Roy as Mihir, who came and never left.

Reminiscing her Kyunki days, Smriti also shared an emotional post on Instagram, "18 years ago began a journey that changed my life forever @ektaravikapoor @shobha9168 you believed in me when no one wanted to take a chance #ksbkbt fans & friends thank you for the support & blessings."'

Ekta too shared a post on Instagram, "18 years ago this day @starplus and @sameern changed my life! N a star unimaginable from a relatively new medium was born @smritiiraniofficial ! Thanku @ronitboseroy @shobha9168 @rajeshjoshi n all who made this show #18yearsofkyunkiandkbc #18yearsofkyunkisaasbhikabhibahuthi."

Smriti Irani was the reigning queen of Indian television for over eight years with her superhit show 'Kyunki Saas Bhi Kabhi Thi' which was helmed by Ekta Kapoor. Post her stint on television, she joined BJP.