Mirzapur season 2 cast and character: Everything you need to know

After the first season of the web-series ended on a cliffhanger, fans have been eagerly waiting for the second part to know what fate holds for Kaleena Bhaiya, Gudd Pandit and Munna Bhaiya. 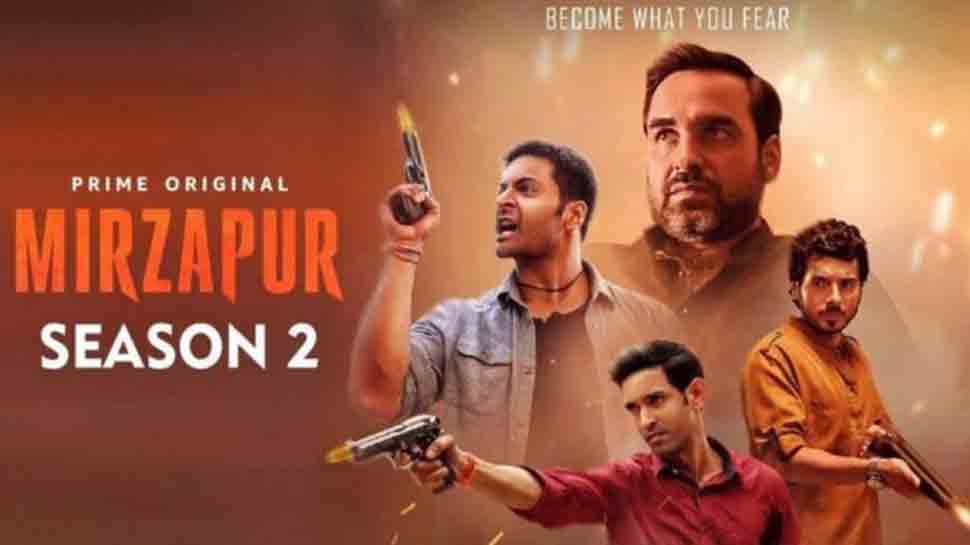 MUMBAI: One of the most awaited and applauded web-series of Mirzapur has returned to Amazon Prime with second season.

The series was renewed for a second season and was scheduled for October 23, 2020 premiere, but it got released a day earlier on October 22, 2020

After the first season of the web-series ended on a cliffhanger, fans have been eagerly waiting for the second part to know what fate holds for Kaleena Bhaiya, Gudd Pandit and Munna Bhaiya. The teaser of 'Mirzapur 2' was released last month and it took the internet by storm.

The first season of Mirzapur was released in 2018 and received much appreciation from the audiences for its cast, dialogues, set, and everything. It remains to be seen if the second part too receives same accolades and love from the audience and critics.

The second season will have actors Pankaj Tripathi, Divyenndu Sharmaa, Ali Fazal, Shweta Tripathi, Rasika Dugal and Harshita Gaur reprising their roles. According to reports, Vijay Varma, Priyanshu Painyuli and Isha Talwar are new addition to the cast this season.

Like the previous season, Pankaj Tripathi, in the role of Akhandanand Tripathi aka Kaleen Bhaiya, the uncrowned king of Mirzapur, will be seen in full power this season too. He runs a drugs and arms business, under the guise of a carpet manufacturing company.

In the last season, Ali Fazal aka Guddu Bhaiya was shot at by Munna Bhaiya, along with his wife Sweety and brother Bablu, at a wedding ceremony. The trailer of the second season showed he, along with Golu, will be back to taking revenge from Munna.

Speaking of the season one, it was primarily shot in Mirzapur, with some shots in Jaunpur, Azamgarh,Sultanpur, Ghazipur, Lucknow, Gorakhpur and Varanasi. The seson revolved around drugs, guns, murders and lawlessness. It depicted the putrescence, governance and rule of mafia dons and the rivalry and crime prevailing in the Purvanchal region of Uttar Pradesh.

Bigg Boss 14: Wish Pavitra Punia had courage to abuse me on my face, says Gauahar Khan