Bringing the world of unconventional British dramas, the line-up on Zee Café includes contemporary storytelling in a mini-series format, one of which is McMafia, Nawazuddin Siddiqui's first international project. 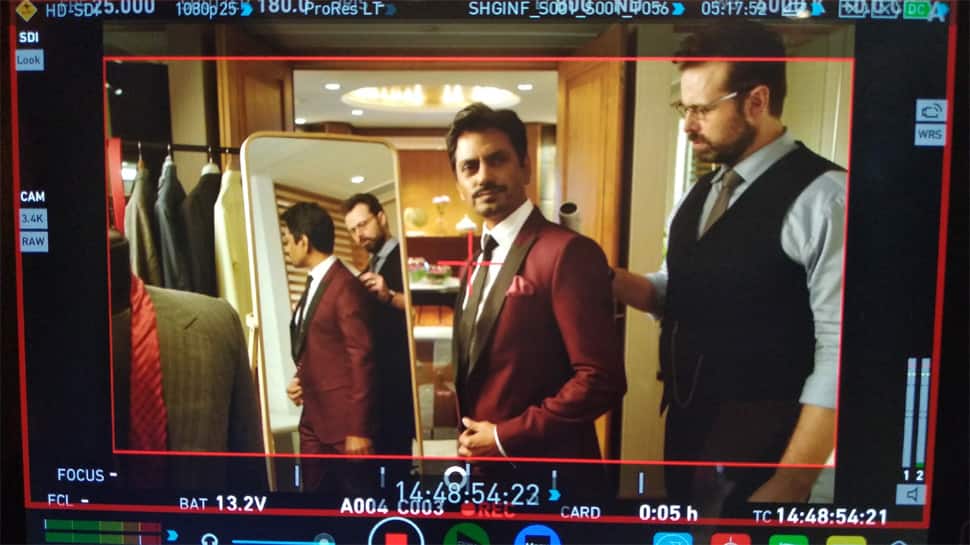 Drama is not without conflict. Only when the lines are drawn can they be crossed and only when the rules are understood can they be broken. Bringing stories that will leave you #ShakenAndStirred, Zee Café is back with the third season of its flagship programming block - BBC First – with British dramas starting August 5, weeknights at 10 PM.

Taking it a notch up, the channel has launched an intriguing promotional video featuring none other than Nawazuddin Siddiqui announcing the third season of the BBC First block for Zee Café's loyal viewers.

Bringing the world of unconventional British dramas, the line-up on Zee Café includes contemporary storytelling in a mini-series format, one of which is McMafia, Nawazuddin Siddiqui's first international project. Known to have shattered every stereotypical notion of the quintessential hero, the launch video for BBC First features the acclaimed actor dressed in a classic British avatar, looking dapper in a burgundy suit.

The actor is seen having a candid banter with his manager as he gets a custom suit tailored talking about what makes British dramas so different. Striking, royal and exquisite, the artfully crafted video leaves the viewers waiting to unravel these #BBCDramasOnZeeCafe.

The campaign is conceptualised by Flux, along with the inhouse team at Zee Café, while Bang Bang Films has produced the films. The promo is a part of Zee Café's robust marketing roll-out for the third season of BBC First.

The campaign #ShakenAndStirred will be taken to the ever-evolving viewers through a massive on-air and digital plan, activated to amplify the conversations around the programming block. The campaign video featuring Nawazuddin Siddiqui will be released on-air and amplified across digital platforms.

Kick-starting the BBC first programming block will be a 10-minute show premiere on Zee Café's social handle, for Brexit. This will go live an hour before the on – air telecast engaging with Zee Café's social fans.

Sharing insights around BBC First, Prathyusha Agarwal, Chief Marketing Officer, ZEEL, “Zee Café has leadership in the drama sub-genre with the highest hours of drama content in the genre. Dramas are high on viewer involvement making our viewers most engaged and loyal to Zee Café.

This audience is looking for deeper and meaningful experiences from their time and we have been able to deliver that with BBC First over the past two years. Our last two campaigns for the block - #TheBritishAreComing and #GreatBritainGreatStories - have been extremely well-received garnering conversations across digital, generating close to 50 million impressions. This year, we are marrying the viewer need for intense experiences with quintessential British sensibility to launch our #ShakenAndStirred campaign with Nawaz.

Nawazuddin Siddiqui who features in one of the shows of the BBC First block – McMafia – is someone who not only stands for intense drama but also perfected the craft of making it contemporary.  Hence an invitation from him, we think is the perfect hook to leave our audience curiosity #ShakenAndStirred.”

Talking about conceptualising the campaign, Saransh Agarwal, Director, Flux said, “To us, this is an ideal project because it represents how one of the leading entertainment brands in India is thinking out of the box with innovative linear formatting to counter the binge phenomena and visceral content to engage the viewer like never before. This brief has been an enriching challenge for us! In our creative idea, we've attempted a colloquial and quirky communication route to be extremely engaging, but have also tried to mirror the very real and nuanced nature of the drama content in this block.”

Talking about working on the campaign, Ryan Mendonca, Director, Bang Bang Films said, “Everyone has that one friend who teases, then withholds critical information. The film has Nawaz playing that guy; a wicked movie star teasing his lovable-under-the-right circumstances agent. It was an absolute delight telling this story with an ace crew and phenomenal actors. We tried to stay true to the featured British Dramas and do them justice. Oh, and I'm eagerly waiting for Brexit myself.”

Bringing some of the choicest Hollywood blockbusters, prized dramas, international news and lifestyle content for the Indian viewers, the powerful bouquet – Zee Prime English Pack - comprising &flix, Zee Café, LF and Wion, is priced at an attractive Rs. 15/- per month. That's not all! For those who appreciate nuanced cinema, &PrivéHD brings riveting and award-winning films that stimulate the minds as they show them the other side of cinema. Zee Prime English HD Pack comprising - &PrivéHD, Zee Café HD, &flix HD, LF HD is priced at Rs 25/-. Consumers can also subscribe to the Zee All In One Pack @ Rs. 59/- per month.

It's time to immerse into a world of contemporary British dramas that tell riveting stories with BBC First starting August 5, weeknights at 10 PM, only on Zee Café and Zee Café HD
To know more, follow us on @ZeeCafe, Zee Café, zeecafeindia