'Jamai Raja' actress Nia Sharma is famous for her bold personality and her sensuous photoshoots. She recently shared a BTS video from the 'Jamai Raja' shoot in Goa. The actress flaunts her curves as she is seen running along the seashore donning a black bikini. Her latest video is most likely to give her fans sleepless nights. 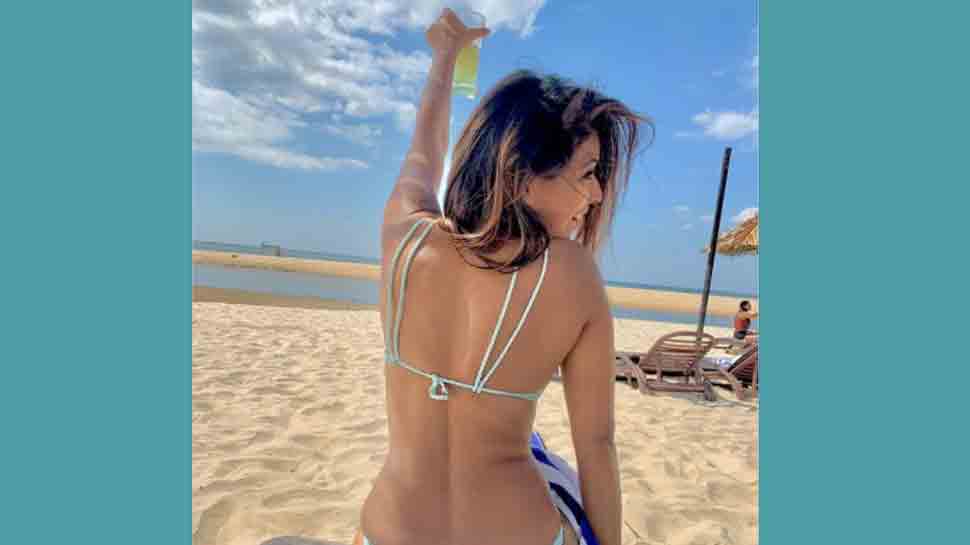 NEW DELHI: Nia Sharma has a rocking bod and is a true queen when it comes to flaunting it on social media. The television actress is famous for her bold personality and her sensuous photoshoots and videos often go viral on the internet.

She recently surprised her fans with a breath-taking bikini video at the beach. Needless to say, the video went completely viral and sent temperatures soaring high! The clip features the 'Jamai Raja 2.0' actress running along the seashore in a cinematic fashion while donning a bikini. In the video, Nia Sharma is also seen enjoying a shower by the beach to wash the salty water off her body.

The video is edited to be black and white in the first half and later shifts to a colourised version where we see her in a pink swimsuit and the clear blue water in the background. The actress looks no less than a goddess in the video as she runs along the shore
with her perfectly-sculpted body.

TV actor Sehban Azim commented on the video and praised her background song choice for the video. He wrote, "You and lana del rey’s songs...as if they are sung for you", he also added heart emojis. Nia excitedly replied to his comment and said, "azim aaj mein phir khushi se marr jaoungiiiiiiiii (I will once again die of happiness)." Fans also left her compliments on the mesmerizing video.

The actress is no stranger to compliments on her 'hot bod' as she was ranked third and second in the Top 50 Sexiest Asian Women list published by British-based Eastern Eye newspaper in 2016 and 2017 respectively.

Nia Sharma made her TV debut with the show 'Ek Agnipariksha' in 2010 and has since played pivotal roles in 'Ek Hazaaron Mein Meri Behna Hai', 'Jamai Raja' and 'Naagin'. Her most recent project was season 2 of Zee5’s web series 'Jamai Raja 2.0' alongside Ravi Dubey, which released on February 26.