For the special day, Dipika Kakar opted for a purple Indian outfit with golden jhumkas and needless to say, she looked stunning and Shoaib Ibrahim wore a red and black pathani suit. 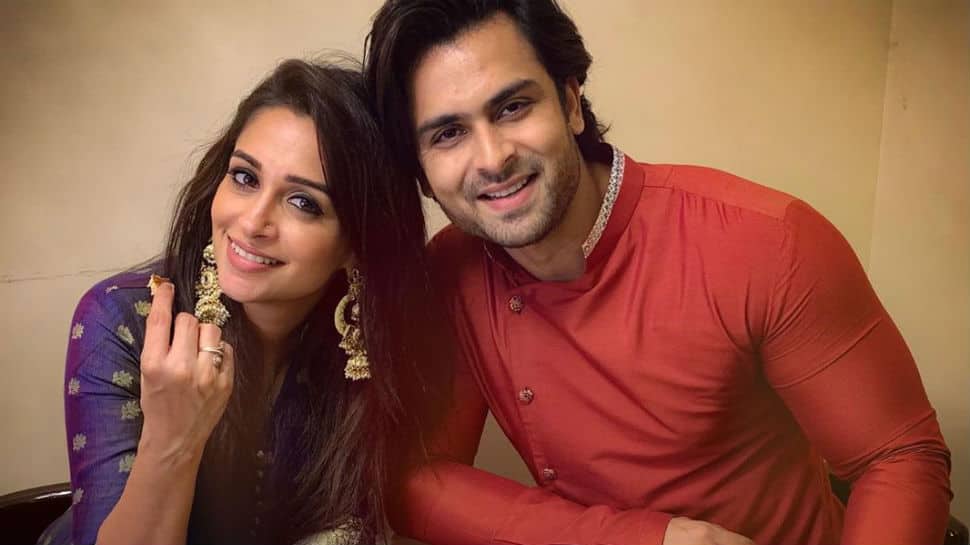 New Delhi: Television's star couple Dipika Kakar and Shoaib Ibrahim celebrated Eid-al-Adha with their family in Mumbai on Monday, pictures of which were posted by them on social media.

For the special day, Dipika opted for a purple Indian outfit with golden jhumkas and needless to say, she looked stunning and Shoaib wore a red and black pathani suit.

"Eid Mubarak," wrote Dipika while sharing a set of pictures of OOTD. On Shoaib's Instagram timeline, we chanced upon several pictures from the intimate celebrations. "Mr & Mrs Ibrahim," he captioned one of his posts, featuring himself and Dipika.

Through the pages of Dipika and Shoaib's Eid-al-Adha celebrations.

Dipika and Shoaib started dating on the sets of 'Sasural Simar Ka', in which they played the lead stars. They married in February 2018.

Dipika is one of the top-rated actresses of the TV industry. Currently, she headlines 'Kahaan Hum Kahaan Tum'. She is also the winner of 'Bigg Boss 12'. She also made her debut in films with 2018's 'Paltan', directed by JP Dutta.