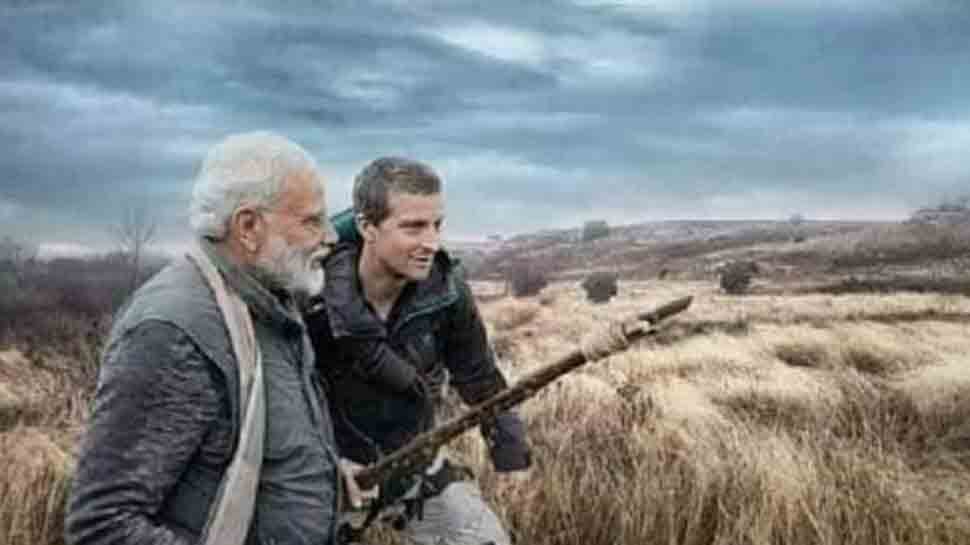 Anchor and adventurist Bear Grylls took to Twitter and made the announcement that with 3.6 billion impressions, 'Man vs Wild' featuring PM Modi has beaten 'Super Bowl 53' which had 3.4 billion social impressions. In his tweet, Grylls also went on to thank the audience on achieveing the feat.

"Officially the world’s most trending televised event! With 3.6 BILLION impressions!’ (Beating ‘Super Bowl 53 which had 3.4 billion social impressions.) THANK YOU everyone who tuned in! PMModionDiscovery #ManVsWild #india https://ift.tt/2P3xnF0," he tweeted.

The show 'Man vs Wild' featuring PM Modi became one of the most talked-about subjects on social media. The episode aired in more than 180 countries around the world on Discovery channel and was the top trend in India.

During the show, PM Modi indulged in a series of light-hearted discussions as he shared his childhood incidents spent amidst nature. He also revealed about his love for environment and animal conservation.

Modi also spoke to the show host Grylls about taking his first break in the last 18 years for the show.

Grylls was in India in February this year to shoot the adventure show at the Jim Corbett tiger reserve in Uttarakhand.

For his popular show 'Man Vs Wild', Gear travels the globe looking for the most inhospitable places in which to use his extraordinary survival skills. The show which ran for seven seasons was also nominated for an Emmy Award.