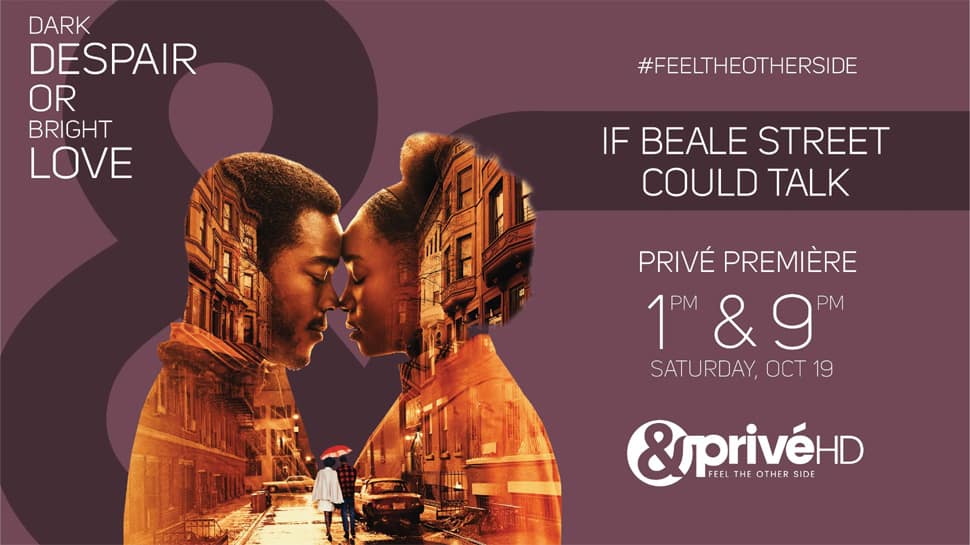 “Every black person born in America was born on Beale Street,” the film opens with this quote from famous writer James Baldwin. A heart-wrenching story of a young couple torn apart as they embrace pregnancy through their hardships. &PrivéHD brings to you the biggest movie of the year If Beale Street Could Talk. Written and Directed by The Academy Award Winner Barry Jenkins, the movie has won accolades from the cross-section of media and critics, alike.

Having never witnessed a theatrical release in India, If Beale Street Could Talk is being brought to you by &PrivéHD as the Privé Premiere on Saturday, October 19, 2019, at 1 PM and 9 PM.

A Daughter and Mother-to-be Tish vividly revisit the passion, respect, and trust that connected her and her artist fiancé Alonzo Hunt AKA Fonny. The happy life of this madly-in-love couple takes an unexpected turn when Fonny is charged with a crime by a racist cop when all he was trying to do was protect a woman from harassment. Amidst this scuffle, the dilemma about their unborn child and an unjust world is right in front of them. But the real question is, is love enough to triumph over the injustice of a cruel world?

Witness a love story like no other in one of the biggest TV premieres of the year, 'If Beale Street Could Talk' on Saturday, October 19, 2019, at 1 PM and 9 PM, only on &PrivéHD.