Bigg Boss 14 winner Rubina Dilaik has resumed work. The actress is reportedly shooting for a video song with Paras Chhabra. She shared a Behind The Scene picture from the shoot location, that also featured the former Bigg Boss 13 contestant. 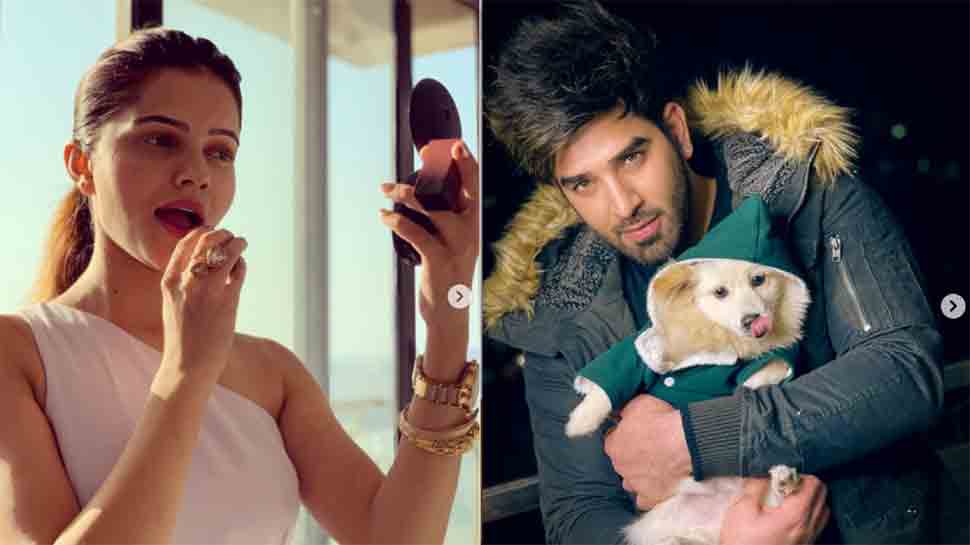 NEW DELHI: Popular television actress Rubina Dilaik is back to work after taking the Bigg Boss trophy home and she’s got exciting news for fans! The actress is all set to feature in a music video alongside Bigg Boss 13 contestant Paras Chhabra. Paras, who had entered the Bigg Boss 14 as Devoleena's family but was seen supporting Rubina throughout.

Now, the former contestants of popular reality show Bigg Boss are all set to team up together for a music video and their fans are super excited with the news.

Earlier, the makers of the song VYRL Originals had announced the song’s release with a music video poster on their Twitter handle. They wrote, “#Exclusive something super-special is coming up with @RubiDilaik, #ParasChhabra &  @AseesKaur real soon! Stay Tuned.” The upcoming romantic song will be sung by Asees Kaur and will feature Rubina and Paras as a married couple as in the photo, the duo is seen posing as newly-weds.

Sharing a Behind The Scenes (BTS) picture from the shooting of the music video, Rubina wrote, "Happy to be back…...something #special coming your way.." Rubina carried a chic look donning a white camisole top, a floral pleated skirt and a statement necklace with those lovely curls resting on her shoulders. Paras too appeared dapper in black shirt and denim as he stood behind the BB14 winner. Take a look at her Instagram post below:

Paras two shared two stills from his upcoming video song on Instagram, writing, "Nobel we are not but our habits (Sharif hum nahi hamari aadatein hain).

Recently, Rubina was put in a tough spot by fans after a video emerged showing her encounter with a paparazzi at the Mumbai Airport. After watching the video, many netizens called her 'arrogant' and criticised her for showing 'attitude'.

The actress is best known for her roles in TV soaps 'Chotti Bahu' and 'Shakti - Astitva Ke Ehsaas Ki'. She is married to Abhinav Shukla who was also a contestant in Bigg Boss 14. Meanwhile, Paras Chhabra is rumoured to be dating Bigg Boss 13 fellow contestant Mahira Sharma, however there is no confirmation from his end.