Drawing inspiration from the teachings of Ramji Sakpal, here are some of the &TV actors sharing their views on why they look up to him and his contribution to Dr Ambedkar's life and learning. 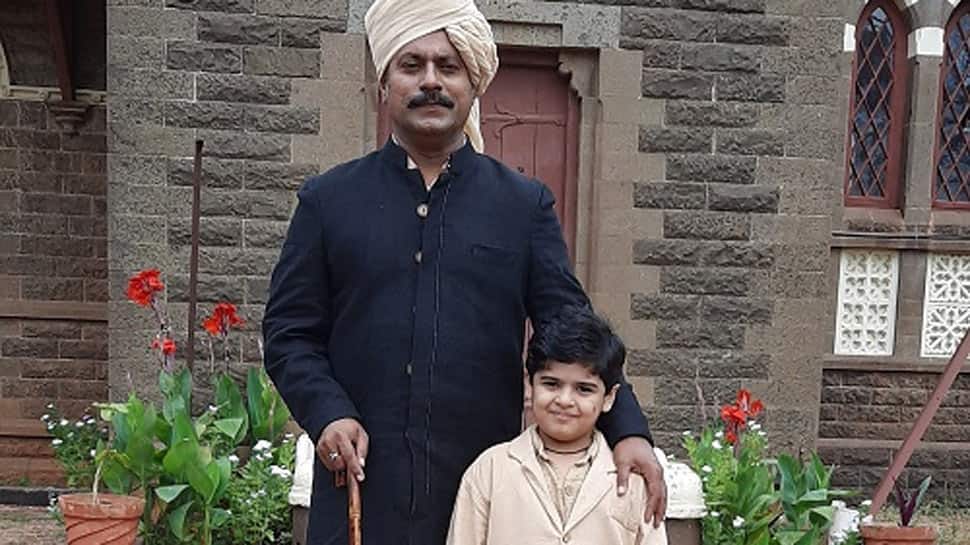 Fathers, like mothers, are pillars in the development of a child's emotional well-being. There is no relationship quite like that of father and child. This role has a significant impact on a child and help shape her or him into the person they become. This Father's Day, &TV applauds the inspiring Ramji Maloji Sakpal, father of one of the most inspirational leader of all times - Dr B. R Ambedkar.

Weaving in beautiful philosophies, guidance and teachings, Ramji played a prominent role in shaping Babasaheb's life. He was the perfect example of a guide, philosopher and great mentor. To applaud Ramji Maloji Sakpal and several fathers like him, this Fathers' Day, &TV will telecast a special episode showcasing memorable moments between him and young Babasaheb from the show Ek Mahanayak Dr B. R Ambedkar titled 'Ek Prerna Ramji Sakpal' on June 21st, Sunday at 2:00 pm.

Drawing inspiration from the teachings of Ramji Sakpal, here are some of the &TV actors sharing their views on why they look up to him and his contribution to Dr Ambedkar's life and learning.

Jagannath Nivangune, who plays Ramji Maloji Sakpal, in the show Ek Mahanayak Dr B. R Ambedkar shares, “Ramji was an army officer who held the rank of Subedar. He was extremely strict in his principles and beliefs. He gave full freedom to all his children to aspire and chase their dreams. He had a considerable influence on Babasaheb's life. His support and concern for him during all hardships was exceptional, and he was deeply committed to the betterment of his children. In his toughest times, Ramji stood like a pillar of strength beside his ambitious and visionary son. He always stood firm on his core values and teachings. Following his father's guidance, Dr B. R Ambedkar began a historical journey of making a mark for himself in the world. We should thank the man behind this leader, who to nurtured his son into becoming the inspiring leaders of our times. Ramji was not just the support system of Babasaheb but also the backbone of the entire family and held everyone together.”

Kamna Pathak, Rajesh from &TV's Happu Ki Ultan Paltan shares, “The relationship that Ramji and Babasaheb shared was very enriching, and some of his teachings have inspired me a lot. One such scene I vividly remember from the show, Ek Mahanayak – Dr B.R. Ambedkar is where young Ambedkar tells Ramji, that it is not that he does not understand his father, and he should not take it otherwise when he argues with him for Bala. To this, Ramji tells him that debating is healthy, and one must speak against injustice or anything they strongly believe. That taught me that one must fight for what is right no matter what. Settling for the wrong will not bring you the required satisfaction and inner peace. There should be a healthy debate separating the just from the unjust, truth from a lie. The debates might not always result in a win or a loss but help to build self-confidence and speak up for oneself.”

Aasif Sheikh, Vibhuti Narayan from &TV's Bhabiji Ghar Par Hain says, “There is a beautiful and inspirational moment in the show between Bhimrao, and Ramji I can recall. Bhim refuses to go to school because he is being discriminated and made to sit outside the class. Ramji uses sunlight as an example to give him a different perspective. He tells him that education is like the heat of the sun. Whichever corner one stands in, it does not reduce the heat of the sun and the sunlight reaches everyone irrespective, similarly, sitting in front or back in the classroom does not affect one's ability to grasp knowledge. What matters is how much one can grasp and understand.”

Adding further, Aasif said, “What this tells us that a father is not just a parent but also a teacher, a problem-solver and a friend to his child. A supportive father affects a child's cognitive and social development. He also instils an overall sense of well-being and self-confidence. This Father's Day let us accolade Ramji Sakpal's inspiring teachings that shaped Babasaheb into becoming the inspiring leader of all time.”

Sarika Bahroliya of Gudiya Humari Sabhi Pe Bhari shares, “The values and teachings Ramji inculcated in Babasaheb since an early age, helped shape Babasaheb's personality and intellect. Babasaheb is one of the key visionary leaders that transformed India into a progressive country that it is today. One of the most memorable moments I remember between them in the show is when Bhimrao innocently asks Ramji that how his topping the class make a difference to the society. And to which Ramji tells him that people will not celebrate and recognise your achievement until it directly impacts them. He teaches him that it is only through his education; he can impact and change people's lives. The real trophy is gaining people's love and respect which can be earned only if one serves people selflessly.”

So, this Fathers' Day, be a part of this inspiring journey of Ramji Maloji Sankpal in shaping the future of the inspirational leader – Dr B.R. Ambedkar through a special episode titled “Ek Prerna Ramji Sakpal”, to be aired at 2:00 pm on June 21st, Sunday only on &TV.