You decide to seek the holy help of a priest, the scientific expertise of a forensic psychologist and the expert skills of a technical handler AKA 'The Contractor'. 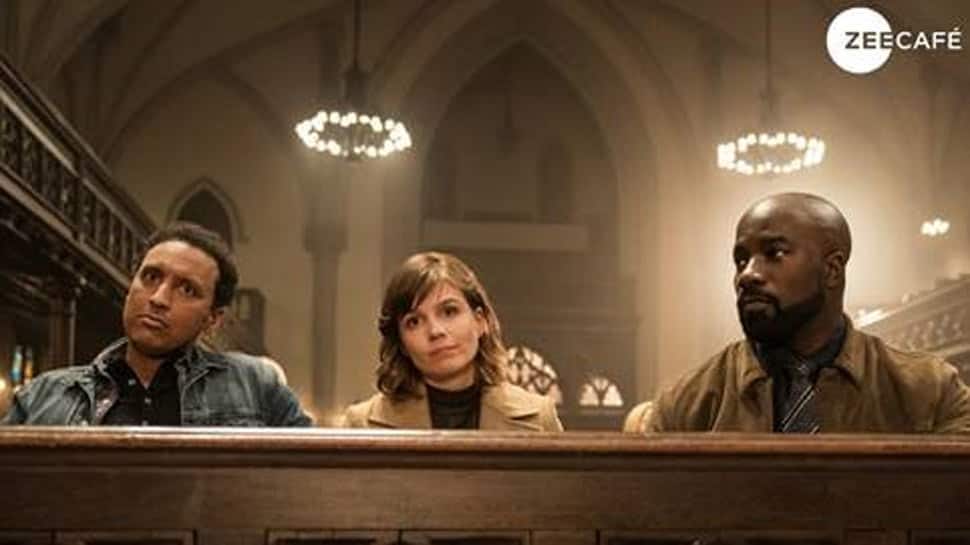 Whether you believe in science or in the grace of the Lord above, you cannot escape 'Evil.' Something eerie and supernatural comes knocking this June as Zee Café brings to you the frightful drama thriller series, 'Evil' airing weeknights at 10. Go beyond logic and devour the deadly chills that keep you on the edge of your seats with the horror-drama airing for the first time on television as part of Zee Café's weeknights thriller block – Mystery Café.

What does one do when the perpetrator of ghastly and violent crimes is not of this world? You decide to seek the holy help of a priest, the scientific expertise of a forensic psychologist and the expert skills of a technical handler AKA 'The Contractor'. In due course of their investigation, they come across several unholy demonic beings of nature that are bent of raising hell on earth.

Filled with numerous analogies of myth, occultism and folklore, the ensemble cast consists of Katja Herbers who portrayed Emily Grace in Westworld, Mike Colter best known for his role in Luke Cage and Michael Emerson previously seen in Person of Interest. Popular actor-comedian Aasif Mandvi and Kurt Fuller will also be a part of this show that brings to you a thriller like no other as part of Zee Café's weeknights block 'Mystery Café'.

If you are a fan of all things paranormal and unnatural, then this series is specially meant for you.