And, this 25th June calls for a dhamakedar celebration as the blockbuster movie starring the 'Sultans of comedy', Govinda and Sanjay Dutt along with Karisma Kapoor and Pooja Batra completes 21 years. 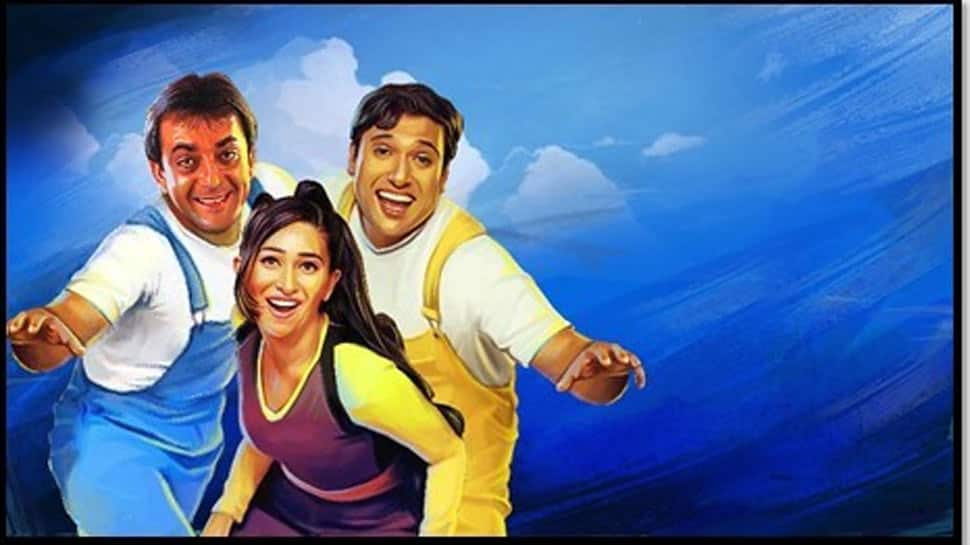 And, this 25th June calls for a dhamakedar celebration as the blockbuster movie starring the 'Sultans of comedy', Govinda and Sanjay Dutt along with Karisma Kapoor and Pooja Batra completes 21 years. Along with this milestone celebration, this special day is also celebrated as the birthday of the beautiful actress Karishma Kapoor. Celebrating this joyous occasion along with the Bollywood buffs, Zee Bollywood, the 101% Shuddh Bollywood channel will air the laughter riot 'Haseena Maan Jaayegi' on Thursday, 25th June at 6 pm.

Considered as one of David Dhawan and Govinda's best films, the 1999 family entertainer garnered a lot of appreciation for its quirky storyline, the hilarious pairing of Govinda and Sanjay Dutt, spectacular performances and epic dialogues. Along with its storyline, the film also has a splendid music line up. From What is Mobile Number to Haseena Maan Jaayegi, the movie's jukebox is a rage amongst the Bollywood buffs and can still make people get on their feet to shake a leg. Adding to the entertainment quotient of the film is the comedy brigade and stellar cast comprising of Anupam Kher, Aruna Irani, Paresh Rawal and Satish Kaushik.

Commenting on the completion of the 21 years milestone, Karishma Kapoor said, “21 years of Haseena Maan Jaayegi, seems unreal! The film is timeless, be it the comedy, the romance or the drama. The memory is still fresh of how the film charmed audiences and now that we achieve this milestone looking at the next generation groove to the music, knowing each character and the hook steps, just warms my heart. I feel tremendously nostalgic, the film is very special to me. It's great that Zee Bollywood recognizes the film as it was and is celebrating this milestone with us”

Amirchand (Kader Khan) is an ill-fated father of two mischievous sons Sonu (Sanjay Dutt) and Monu (Govinda). Tired with their antics, Amirchand hatches a plan and decides to separate them to deter them from creating more trouble.

He sends Sonu to Goa to recover money from a defaulter and Monu is sent to look after the business in Bombay. In Goa, Sonu mistakes Gulzarilal (Anupam Kher) as the defaulter and begins to harass his entire family including his unmarried sister, Santho (Aruna Irani), and two eligible daughters, Pooja (Pooja Batra) and Ritu (Karisma Kapoor). In the meantime, Sonu ends up falling for Pooja and wishes to marry her.

Worried about his father's reaction, he calls Monu to Goa disguised as his paternal uncle. Monu falls in love with Ritu and starts dating her, while keeping his uncle act alive. The situation gets complicated when Gulzarilal's sister Santho develops a massive crush on Monu's, who is in disguise as Sonu's uncle. How will Sonu and Monu handle the situation?

Celebrate 21 years of Haseena Maan Jaayegi and Karisma Kapoor's birthday with Zee Bollywood, as the movie airs on Thursday, 25th June at 6 pm!