Witness the champion of Zee Kannada's Sa Re Ga Ma Pa Season 15 take away their accolade. 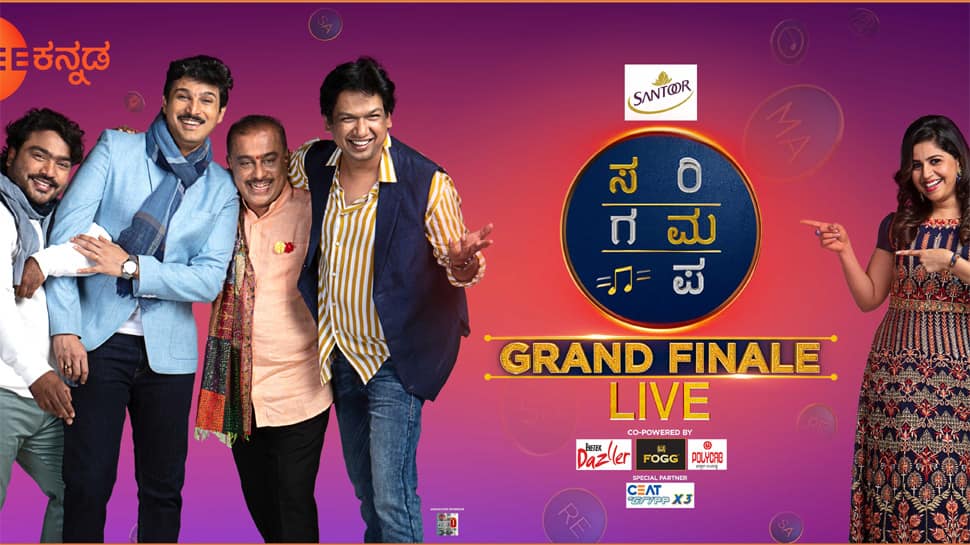 Zee Kannada's Sa Re Ga Ma Pa, one of Karnataka's leading reality shows, is concluding twenty weeks of non-stop musical entertainment that begun with twenty hand-picked contestants of yet another outstanding season.

Mentored by the best, Season 15, a grand success that that witnessed the finest jury members and respected judges panel, have elected the 6 most-deserving contenders to set the stage on fire with the title winner receiving a flat worth Rs. 35 Lakhs. Tune-in to watch the battle of the year LIVE on 23rd February starting 6:00 PM only on Zee Kannada and Zee Kannada HD.

Hanumantha, popularly known for his singing in Chillur Badni Tanda, Savanur Taluq, and Haveri district, won the hearts of music lovers from across the world and has now reached the Grand Finale with his raw singing talent.

Along with Vijet, who is cherished for his melodious singing; Keerthan Holla, the music maestro with his classical music talent; Rock Star Rithvik, who won the love of viewers along with his mother's love; Sadhvini, the flawless vocalist; and Nihal Tavro, known for his extraordinary voice, are bound to give the jury and its ardent viewers a hearty night to live!

Viewers are invited to attend the LIVE Grand Finale event, being held at Koramangala Indoor Stadium on February 23, 2019, Saturday at 6:00 PM.

Witness the champion of Zee Kannada's Sa Re Ga Ma Pa Season 15 take away their accolade, a 3BHK flat by the Confident Group.

Or, catch the LIVE broadcast in Zee Kannada and ZEE5 app.

Eminem not happy with Netflix over 'The Punisher' cancellation