Zee Sarthak has been entertaining its audience throughout the years, and now it is back with a bigger bang, as Odisha's number One Entertainment Channel. 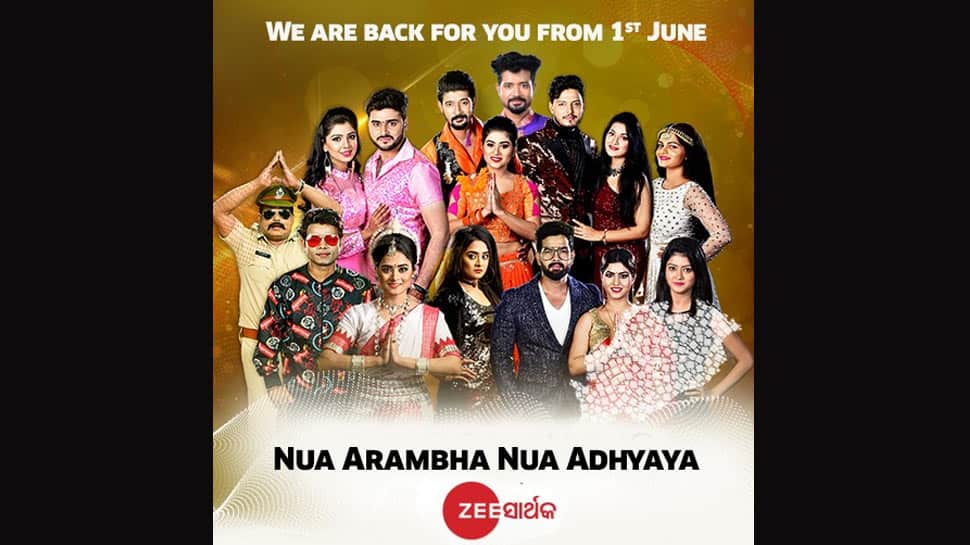 Where there is a will, there is a way. While the pandemic kept us at home, the team of Zee Sarthak has been working continuously on their drawing boards to jumpstart the entertainment game once again- planning a comeback with the new normal seeping in after a break of more than 60 days.

Zee Sarthak has been entertaining its audience throughout the years, and now it is back with a bigger bang, as Odisha's number One Entertainment Channel (*source given below).

Presenting 'Nua Arambha Nua Adhyaya', which means 'New Start, New Chapter' as the theme of the comeback. With the viewing patterns changing from restoring control to reigniting hope, Zee Sarthak aims to inspire and invoke the consumers to prevail and succeed, to return to their everyday family life- that of bonding, relaxation, and delight. With the hope of turning to a new chapter, the channel has made a comeback by rebranding the on-air and digital promos to red and white hues, which represent enthusiasm and peace.

The programming line-up from June onwards has been revamped keeping the emotions of the audience in mind. The favourite shows of Zee Sarthak are back with their new and original episodes from 1st June onwards, these include 'Sata Bhainka Sunanaki', 'Jibana Saathi', 'Anjali', 'To Pain Mu', 'Rahichi Rahibi Tori Pain', and 'Dibya Drusti'. Mu Tome Lockdown', a Zee Sarthak original movie mirroring the lives of a couple struggling during the lockdown will be aired in June. 'Ratha Jatra' will cover over 45 hours of content during its 5 special events, for lakhs of devotees who can attend it virtually through Zee Sarthak. 'Zee Sarthak Classics' which had pulled at the heartstrings of the audience with renowned shows like 'Manini', 'Pari', 'Sindura Bindu', 'Mo Jejema', and 'To Aganar Tulashi Mu' are back due to popular demand by the consumers. Adventurous and inspiring shows like 'Bantul The Great' and 'Vikram Betal' have also been refabricated especially for the children.

'Rajo Queen' is Odisha's only television reality show which works at grassroot levels to unearth the talent of Odia women. Keeping the government guidelines during lockdown in line, Rajo Queen (Season 8) has created history by carrying out digital auditions for the preliminary rounds on acting, singing, and dancing. It has attracted over 10,000 participants and will be aired in June. The kings of comedy Pragnya and Sankar are also back with their police-themed fourth season of 'Mr. Nonsense', which has a moral at the end of every episode. The comeback also marks the entry of 'Subhadra', the very first mythological fiction show in Zee Sarthak, which celebrates the story of a princess warrior, a sister, a wife and a mother. So, what are you waiting for? Stay tuned for new and original shows on Zee Sarthak!