The event's success was truly the overwhelming compliments and appreciations received by community leaders and various Indian organisations. 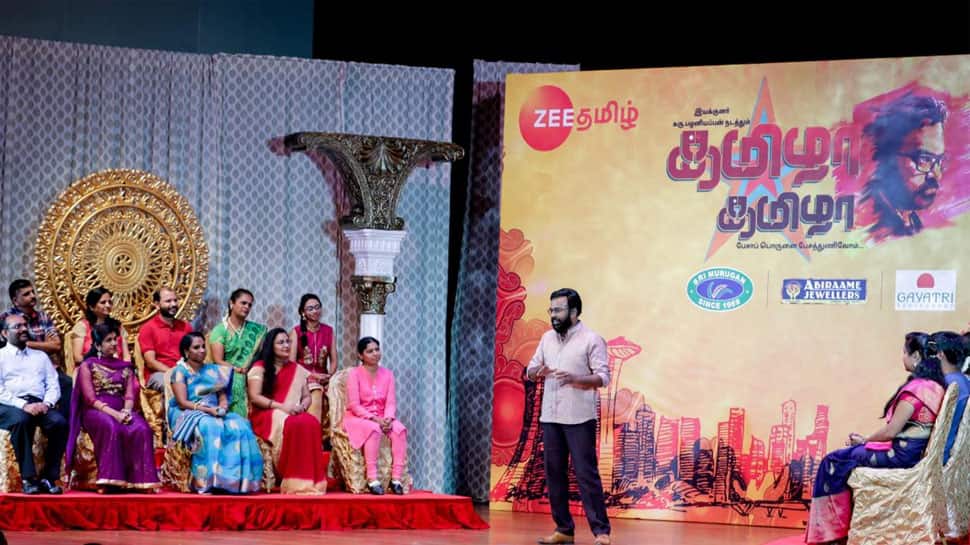 Thamizha Thamizha is yet another effort by Zee Tamil Singapore to expand its community engagement and outreach wings to solicit new content and viewership amongst the Tamil Community in Singapore. With more than 350,000 Tamil speaking residents in Singapore, Tamil is the most spoken language among the Indian community.

Thamizha Thamizah - a reality show talk series that aims to unravel the core issues affecting the common man on the street.   Having touched on numerous issues encompassing the issues faced by India in general, the programme made its debut on the international arena with Singapore as the starting point.

Last week was the very first time this talk show has been customised for over 500 live audiences and staged out of India.  Zee Tamil Singapore has met its core objective of branding our channel as a media which tailors to the local audience needs as well as entertain them with exciting content from India.

"Men or Women practice Work, Life and Balance in Singapore" was the topic of the talk show. The talk show was hosted by the original host, a popular film director, playwright and actor, Mr Karu Palaniappan. There were 22 speakers who were selected via an audition. Thamizha Thamizha will also be aired as a one-hour special content on the Zee Tamil Singapore Feed in July.

The event's success was truly the overwhelming compliments and appreciations received by community leaders and various Indian organisations. With rising viewership and surging expectations, the channel is poised to constantly deliver niche programming and content.