Also lined up for February are Tamil originals like D7 and Kalavu. 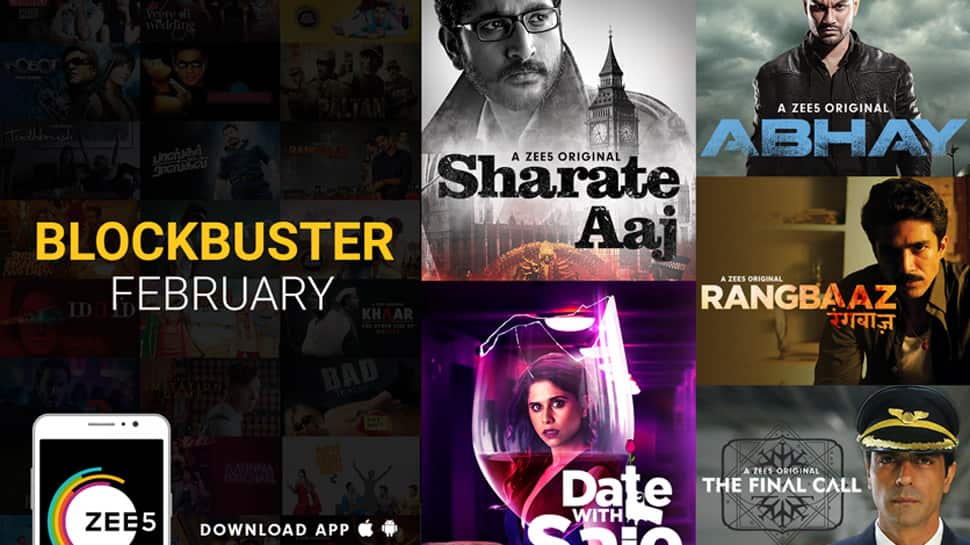 ZEE5 today announced a lineup of Star-Studded Originals for February for its global audiences. Ranging from a procedural crime thriller to a high suspense drama, the content line-up promises a riveting and high-octane month for South Asians audiences across the globe.

The Final Call: premiering on 22nd February stars Arjun Rampal, in his digital debut, as a suicidal pilot on duty. Based on Priya Kumar's book, 'I will go with you, this gripping thriller also stars Sakshi Tanwar and Jaaved Jaaferi.

Abhay: Kunal Kemmu in his digital debut plays an investigative officer who solves bone-chilling murder cases while dealing with his own personal demons, in the first procedural format crime thriller Abhay which premiered on ZEE5 on 7th February

Sharate Aaj: ZEE5's biggest Bengali Original yet, Sharate Aaj, debuts on February 21st and stars are well known Bengali actor Parambrata Chattopadhyay. Shot completely in London, the show traces the lives of a close-knit Bengali community getting set to celebrate Pujo while being hit by a terror attack conspiracy.

Also lined up for February are Tamil originals like D7 and Kalavu, Malayalam originals like Mirror and Aarpoo as well as Marathi original Sex, Drugs and Theatre. While ZEE5 Originals, Rangbaaz and the Marathi show Date with Saie are now also available in Tamil, Telugu, Bangla, Kannada, Marathi and Malayalam.

"We're constantly working to layer our offering with a range of high- octane Originals, handpicked movies and our ever-popular TV Shows, across languages and genres for our global audiences. We've got a tremendous response for ZEE5, especially in Bangladesh, Sri Lanka and Pakistan. With such a fabulous lineup of shows, we're looking forward to replicating this success very soon across other markets too." said Archana Anand, Chief Business Officer - ZEE5 Global